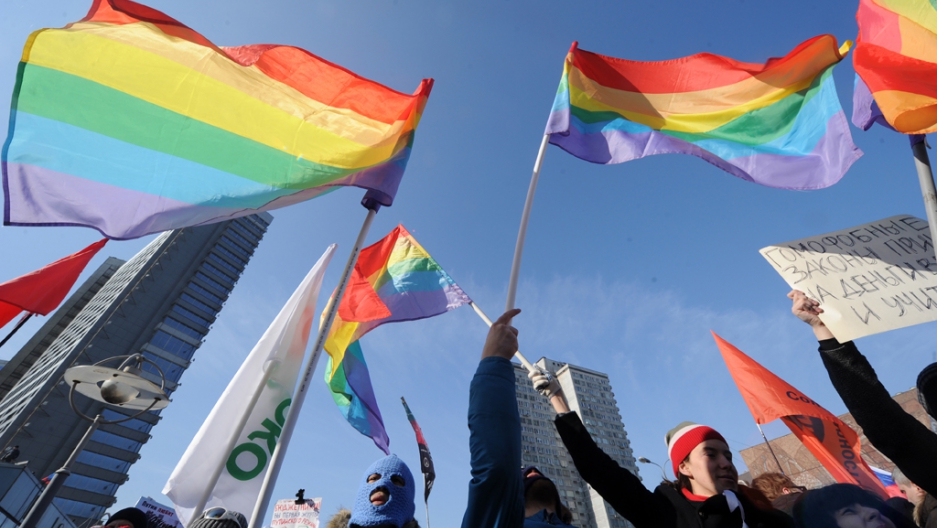 Russia is moving forward with a bill that would ban public events and limit the circulation of information about gay rights.

A first draft of the law — which would make it illegal for gay couples to kiss in public or to provide minors with information defined as "propaganda of sodomy, lesbianism, bisexuality and transgenderism" — will be voted on in Moscow later this month, the Associated Press reported.

The bill is being pushed forward by the Kremlin and the Russian Orthodox Church, and is seen as a guard against Western liberalism in the country, which is seen as being an influence in the growing protests against President Putin, according to the AP.

Putin has also been accused by some as trying to divert attention away from his growing unpopularity in Russia by taking actions against gays and other minorities, according to Gather.

However, the laws are being met largely with indifference or support in Russia, where homophobia continues to be widespread, according to Levada polls conducted last year.

Two thirds of Russians find homosexuality "morally unacceptable and worth condemning." About half are against gay rallies and same-sex marriage; almost a third think homosexuality is the result of "a sickness or a psychological trauma," the AP reported.