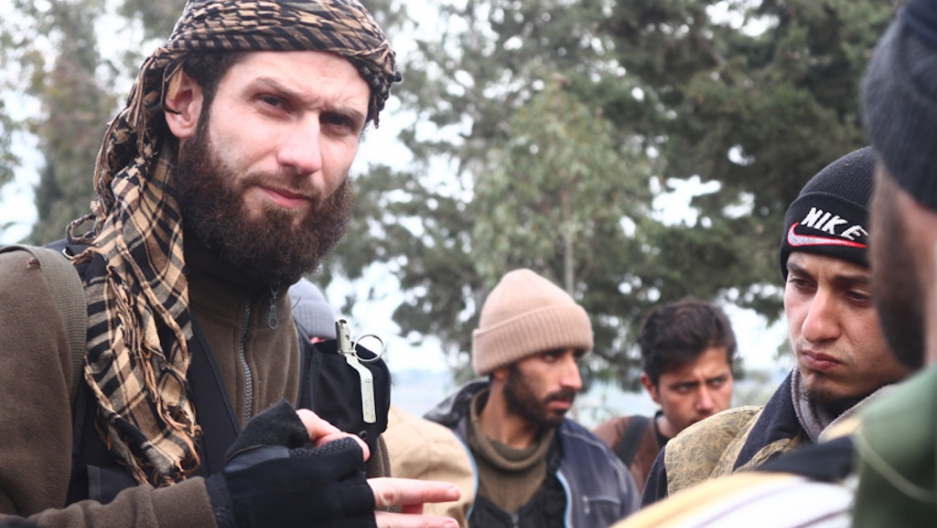 IDLIB, Syria — A coordinated attack on seven prime military checkpoints on the western border of Idlib city signaled the beginning of the “War for Idlib,” according to opposition commanders who led the attack Sunday.

The ambush opened a key route into the city and isolated the Almarkazi Prison, which is under siege by rebel forces tonight as the Syrian conflict nears its two-year mark.

The attack was the first in a series designed to penetrate Idlib city, the last major stronghold of Syrian regime forces in Idlib district.

If the city falls, the few small towns in the area that remain under government control are likely to follow quickly and rebel forces would have gained control of the entire province.

At 4 p.m. Sunday, the sound of tank fire cut through the late afternoon silence. The strike was accurate, hitting the Rodko checkpoint, the closest of the seven to the prison. Fifteen minutes of solid incoming fire from all directions followed.

“The objective is to get within close proximity of Idlib to begin the Idlib War,” Rahman said as he headed in on foot to take position an hour before the strike.

“We have heard the call of the people of Idlib, oppressed by the regime and now we are responding.”

The attack comes after rebels have made significant advances in Idlib district over the past few months. The most recent was the victory at Taftanaz airport, the biggest military base in northern Syria.

More from GlobalPost: Inside Syria, a series

Rahman stressed the need to push the siege of Idlib forward after two car bombs exploded near a government security facility killing 22 on Wednesday.

“We don’t know who made that explosion but it is a terrorist act,” he said, condemning the action that took the lives of at least six civilians.

“We have to hurry to take the city to prevent any further attacks. Maybe they killed 16 shabiha [pro-government militia], but if even one civilian was killed in this action it’s negative overall. Step by step we can make the same action without killing the innocent.”

Rahman’s men from the Junoud al-Rahman battalion overran the checkpoint manned with 50 soldiers, five tanks and a 23-mm gun as well as small arms in just 30 minutes.

The entire operation was complete within the hour, but sniper fire from the nearby prison still flew overhead and missiles from Idlib city bombarded the area.

The group lost two men and three were injured. Around 15 government soldiers were killed in the attack, 12 were captured and many fled on foot. The group acquired three working tanks as well as the base’s weapons cache.

As Rodko checkpoint fell, six simultaneous attacks on adjacent checkpoints were also successful, releasing a stretch of highway leading into the west of the city. News on the details of these attacks is still filtering in.

Rahman, who leads 600 men for the Suqur al-Sham Islamic coalition, orchestrated the attack with leaders of the Alhurra al-Sham brigades.

Suqur al-Sham now have their sites set on the Almarkazi Prison, just 600 meters from the checkpoint. The strike has isolated the facility, which holds an estimated 600 inmates, many of which opposition forces say are political prisoners.

Following the successful mission, Rahman contacted the director of the prison with an ultimatum.

“We asked him to release all prisoners and he and his guards may go free,” he said. “If not, with the checkpoint gone, they will be isolated and we will be forced to enter the prison and kill them all in order to release the prisoners.”

The mission had been several weeks in the planning.

On Tuesday, Rahman, a former computer technician and web designer, mapped out a strategy on his computer using Google Earth from his base in Seyjar village. The scene was out of place in a village that rarely has power or running water.

His office, from which he commands six battalions and deals with community matters, is powered by a generator for several hours each day.

Skillfully mapping out positions and distance according to the capabilities of his men and weapons, Rahman referred to surveillance videos of both the checkpoint and the nearby prison he and his men had gathered over several days.

Most of the weapons of both brigades have been won from government forces in previous missions, but ammunition from the military council was crucial.

Alhurra al-Sham brigades are not members of this council nor are they part of the new Syrian opposition coalition that shunned the more extreme Islamic groups.

Details of how the weapons and ammunition would be shared, including a tank won in a previous joint mission, had to be negotiated before the mission could begin.

Scouting for a location to place the tank whose fire was to launch the attack, Rahman and one of his men crawled through limestone crags, ruined buildings and a pine forest Wednesday. After searching several locations, they found the ideal spot and positioned the tank under the cover of boulders 1.5 kilometers away.

Any closer and they would risk detection by the enemy. Any further and the weapon would lose accuracy, endangering the ground troops waiting below the checkpoint to begin their ambush.

Rahman said inflation and fuel shortages had quadrupled the price of diesel. The cost of moving this single tank into position was around $1,300.