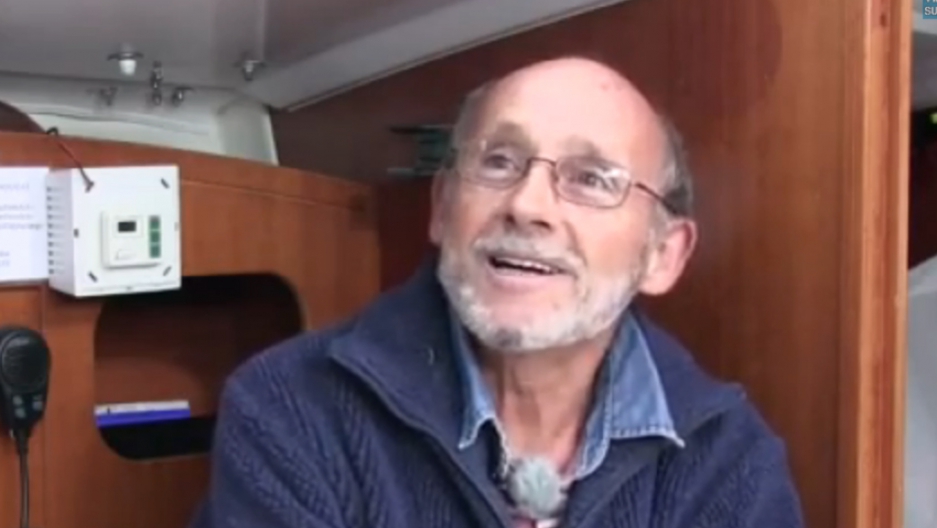 Crew from the passenger ship the MV Orion rescued Delord — who had been adrift on a life boat facing over 20 foot waves and freezing temperatures since Friday — at 9.23pm on Sunday night.

"He was very happy to come aboard ... He is very grateful to everyone, wanted a nice cup of tea with two sugars in it."

Delord had described the moment his yacht Tchouk Tchouk Nougaton, was hit by a big wave which broke his mast into four pieces.

He then abandoned the yacht.

The French sailor had been attempting a solo round-the-world voyage when he ran into trouble 500 nautical miles off Australia's island state, in the Southern Ocean.

His website shows that he was following the route taken by the Vendee Globe race, but was not a registered competitor.

"I am surprised that he survived the whole thing so well and so cheerful because it must have been a devastating shock to him, he had been at sea for three months. And of course now being surrounded by lots of people, he has not seen a human being for three months, and suddenly he is the center of attention."

The MV Orion was 12 days into an 18-day Antarctic tour with 100 passengers aboard when it was asked by the Australian authorities to rescue Delord, as his location was too remote for a helicopter rescue, the BBC wrote.

The diversion took around 1,100 miles and 50 hours from the cruise ship's scheduled trip to Antarctica and the world heritage-listed Macquarie Island, Australia's NinsMSN reported.