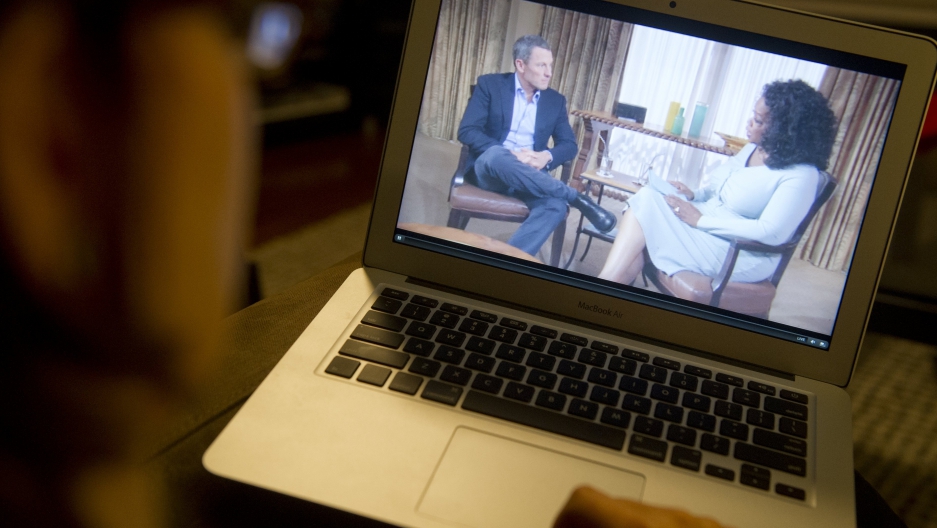 A woman watches on her computer as Oprah Winfrey interviews cyclist Lance Armstrong about doping while competing professionally in the sport, as seen from Washington, DC, on January 17, 2013.
Credit: Saul LOEB
Share

EPO, or erythropoietin (pronounced, ah-rith-ro-poy-tin), is a hormone produced by the liver and kidneys.

In the first part of a two-night interview broadcast Thursday, disgraced cyclist Lance Armstrong admitted to Oprah Winfrey that he took banned substances, including EPO, during all seven of his Tour de France victories.

Armstrong also told Winfrey that he repeatedly relied on blood transfusions and testosterone injections, among other things, to boost his performance.

According to Gizmodo, EPO — which can also be produced in a lab using cell cultures — regulates how many red blood cells your body produces.

Gizmodo notes the irony that Armstrong was "likely given EPO when he was recovering from cancer under a doctor's treatment."

Aside from the apparent endurance boost provided by EPO, Swiss researchers found that EPO also has a performance-enhancing effect in the brain, increasing motivation.

Science Daily cited experts as saying the substance might therefore be useful in treating depression.

After his damning admissions on Oprah, it remains to be seen whether Lance Armstrong will require its continued use for this purpose.