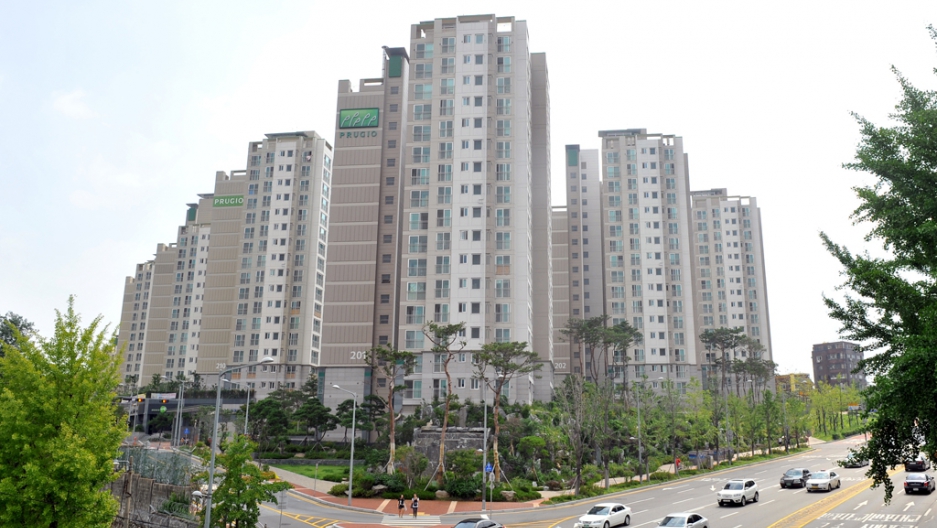 An apartment area is shown in Seoul on Aug. 29, 2012. Last year household debt stood at 152.3 percent of disposable income, but President-elect Park Geun-hye — who won the election in late December — has pledged relief for when she assumes office in February 2013.
Credit: Jung Yeon-Je
Share

SEOUL, South Korea — He’s worked all his life to graduate from an elite university this year. But in a tight job market, Kim Jun-sang, 23, is worried about escaping his pileup of debt. Sound familiar?

With $20,000 in private loans and a soon-to-be wife, Kim is also concerned that he won’t be able to support his new family, or his father’s faltering business.

“The job market is so bad,” he said. “The only option to be debt-free is to get a good job. But because of debt, we need a part-time job and can’t study as much to get that position. So I’ve found that debt really traps you into a cycle, as if there are not as many opportunities later.”

Like their American counterparts, many South Koreans are swimming in household debt — in part because they’re under enormous pressure to radiate success in this high-achieving society.

It’s common for middle-class Koreans to take out mortgages for expensive apartments, max out their credit cards on designer handbags and jewelry, and borrow money to cover university tuitions in a country where 80 percent of people attend college.

Another growing group of debtors: self-employed workers who take out loans for their businesses. Large Korean conglomerates, known as "chaebol," prefer hiring young workers at the expense of middle-aged ones, requiring them to leave corporate jobs and start businesses partially funded by debt.

For many, the rat-race amounts to entrapment. According to a June report from Moody's, more Koreans — especially the poor and elderly — are borrowing just to pay their living expenses.

Last year, household debt stood at 152.3 percent of disposable income, a slight decline from the previous year but still one of the highest in the world. As of September, the total came to $888.8 billion, equivalent to three-quarters of the South Korean economy.

What’s more worrying is that the ratio is higher than the pre-recession number in the US. It’s a burden that threatens to slow consumption and hurt markets, even though most analysts aren’t forecasting an all-out crisis quite yet.

South Korea was once a nation of frugal savers. But the debt-induced 1997 Asian Financial Crisis wrecked the country’s conglomerates and brought a bailout from the International Monetary Fund. The government relaxed its interest rate policy, fostering a growing mortgage market.

The dilemma, though, is that traditional banks, which target higher-income customers and are bound by stricter regulations, haven’t been funding the entire windfall. Lower-income Koreans have been turning to a growing industry of non-bank financial institutions that are not held to the same account—and that disburse loans with abysmal interest rates.

President-elect Park Geun-hye, who won the election in late December stumping on a platform of “economic democratization,” is promising relief when she assumes office in February.

On Tuesday, her transition team — a group of experts appointed to brainstorm policies for the incoming administration — discussed plans for helping the “house poor” with the country’s financial regulator, the Financial Services Commission (FSC).

As early as this month, the FSC will reportedly send a bill to the National Assembly that will allow banks to sell “covered bonds.” The devices look like the mortgage-backed securities infamous for their role in the 2007 housing debacle in the US.

But there’s one big difference: if a homeowner defaults, the bank takes a loss, and bondholders can recover damages if the bank also defaults on its bonds. The solution only accounts for mortgages, which make up two-fifths of household debts.

Peter Cheung, deputy spokesman for the FSC, couldn’t confirm the details of the transition team briefing, saying the information has not officially been made public. But the commission says that even though low-income and elderly borrowers are feeling the most pain, the debt issue is “manageable.”

Not everyone agrees that the incoming administration should intervene.

“This is a market problem. Households that borrowed should be responsible for repaying, and taxpayer money should be put to a productive use,” said Cho Dong-chul, an economist at the Korean Development Institute, a government-founded but autonomous think-tank.

He added that unlike in North America, where the banking sector took a hit from the crisis, the burden of defaults in South Korea would fall more on homeowners themselves. But there’s good news: the default rate on mortgages is less than 1 percent, partially because the average South Korean household has assets worth six times more than its debts.

“No one knows for sure whether it’s a bubble before it actually collapses,” Cho said. It’s an uncertainty that gnaws at students like Kim who, despite their academic cachet and English fluency, are uneasy about putting off plans for marriage and travel — at least, should the warnings turn out pertinent.