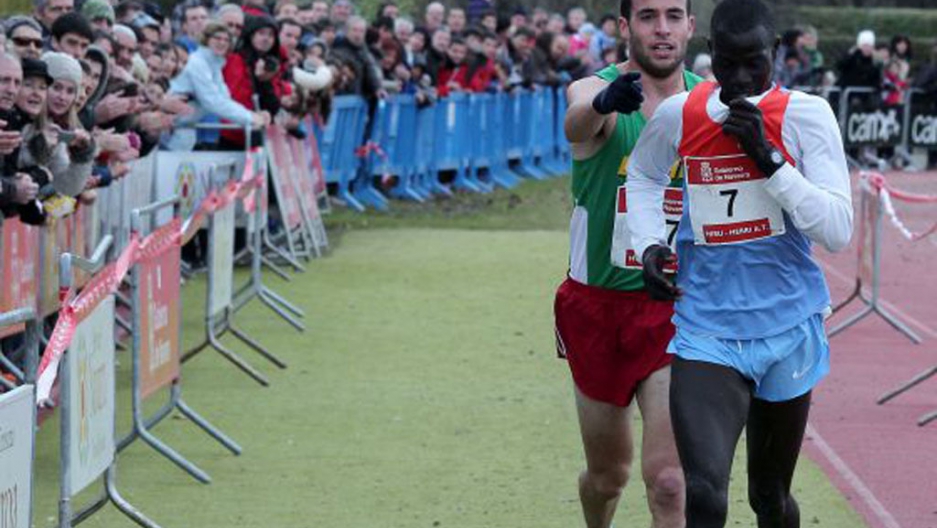 Spanish runner Iván Fernández Anaya encourages Olympic bronze medallist Abel Mutai of Kenya across the finish line during a cross-country running event in Spain last December. Mutai slowed as he neared the finish line, believing he’d won when he was still several meters from the tape. Realizing his competitor’s mistake, Anaya approached Mutai from behind and motioned him to the proper finishing line.
Share

Mutai slowed as he neared the finish line, believing he’d won when he was still several meters from the tape.

Realizing his competitor’s mistake, Anaya approached Mutai from behind and motioned him to the proper finishing line.

“I didn’t deserve to win it,” Anaya, 24, told El Pais. “I did what I had to do. He was the rightful winner. He created a gap that I couldn’t have closed if he hadn’t made a mistake.”

“All in all, he’s just a true athlete in every sense,” Jordan Armstrong of Hampton, Virginia wrote on Facebook. “Does the heart good.”

Haidie McGilbert of Sydney, Australia said: “Such a great story. He deserves a massive commendation.”

Anaya is garnering plenty of attention on Facebook and Twitter as well, with hundreds of followers as a result.

“We talked a little bit but we didn’t understand each other much,” the Spaniard told Catholic News Agency. “He thanked me for allowing him to win.”

The only person who wasn’t impressed was Anaya’s coach.

“The gesture has made him a better person, but not a better athlete,” Martin Fiz told El Pais. “He has wasted an occasion. Winning always makes you more of an athlete. You have to go out to win.”

[View the story "Ivan Fernandez Anaya: no shame in second for runner" on Storify]