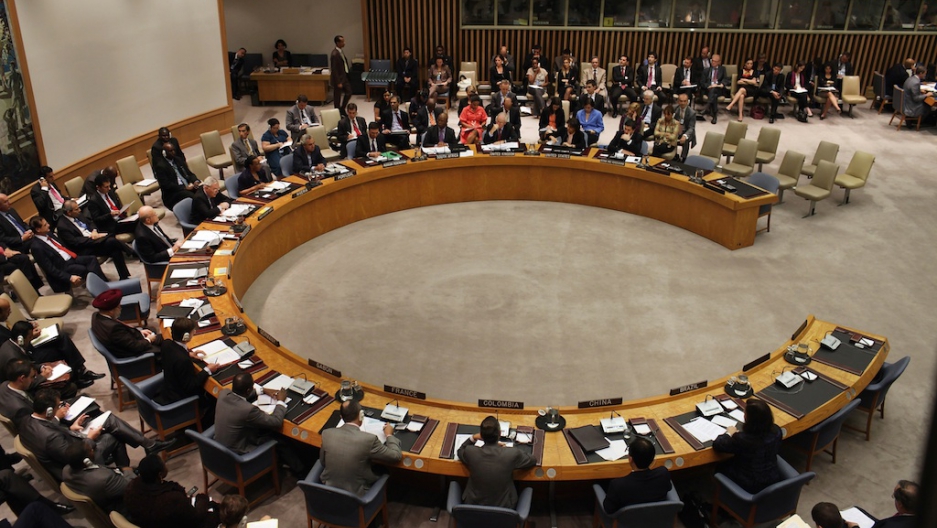 Members of the United Nations Security Council meet in September 2011. Chaired by Lebanese Prime Minister Najib Mikati, the global body met to discuss the situation in the Middle East, including the Palestinian bid for statehood.
Credit: Spencer Platt
Share

Saudi Arabia will give the Palestinian government in the West Bank $100 million, Reuters reported. The donation comes as President Mahmoud Abbas has asked Arab countries for a $100 monthly "safety net." He promptly thanked Saudi Arabia, a longtime benefactor.

Abbas has been asking for the money since December, when the Israeli government decided to seize more than $120 million in tax revenues it collects on behalf of the Palestinian Authority, the Guardian reported.

More from GlobalPost: In twist, Palestinian activists stake out a West Bank settlement

"The state's budget is facing a large deficit as a result of the docking of Palestinian money by the Israeli government as a punitive step after the UN recognition of Palestine as an observer state," Abbas  said in a statement.

Palestinian Prime Minister Salam Fayyad told reporters last week his government could not pay the salaries of most government employees, the Times of Israel reported. He warned that more than 1.5 million Palestinians could be pushed into poverty. Other Arab states had also pledged to give $100 million to Palestine recently but have failed to follow through.