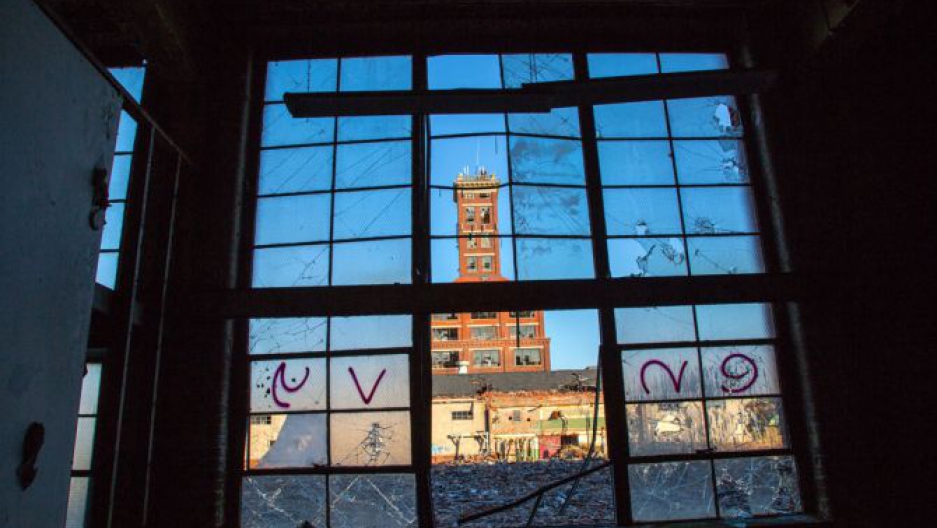 NEW YORK — Contrary to promises that lower tax rates for the rich would “raise all boats,” the tide went out for most Americans over the past three decades as most of the wealth created by the US economy was absorbed by those at the top.

Households in the middle three bands or “quintiles” of US earners — roughly equating to lower middle, middle and upper middle class — all lost ground to the top fifth (20 percent). And the distance between the top and bottom 20 percent is pulling further and further apart. This even as Americans worked longer hours with greater productivity and as their wives joined the workforce en masse. Compounding the problem, American workers found themselves facing global rather than just local competitive pressures.

Indeed, the richer you are, the better the story of the past three decades has been.

The non-partisan Congressional Budget Office reports that the share of US national income going to the richest 1 percent of Americans has doubled since 1980, from 10 percent to 20 percent, about where it was in 1910.

For the super-rich, about 16,000 families with an average annual income of $24 million representing to 0.01 percent, has quadrupled, from just over 1 percent to almost 5 percent.

Ranked against peer economies — the world’s BRICS and other giants — only in the developing markets of South Africa, Brazil and China was the economic playing field as unbalanced.

How did this happen?

And what can or should be done about it?

There is broad agreement on the first question of how three decades of robust US GDP growth and wealth creations wound up in the pockets of society’s wealthiest people.

But there is far less agreement among leading economists and government officials about what can be done in the US and what can be done globally to address a steady rise in income inequality across all 34 of the most industrialized countries that are grouped together by the Paris-based economic agency known as the Organization for Economic Cooperation and Development, or OECD.

As President Obama prepares to take the oath for his second term Monday, he and his economic advisers intend to set out a path that will seek to convince congress to revise the tax code and call upon the richest households in America to step up and do more in an effort to restore a “more level playing field,” as Obama consistently puts it, for the country as a whole.

HOW TO ADDRESS THE PROBLEM

The Obama administration has promised to make tax reform and other measures to level the playing field a priority. But Obama’s team has been engaged in almost non-stop brinksmanship with the Republican-controlled House, prompting incremental horse-trading. To date, a comprehensive “grand bargain” that includes changes to the tax code has not emerged, though the president has said he favors restoring tax rates that were in effect back in the late 1990s, when President Bill Clinton’s government ran a budget surplus.

During various stages of the so-called fiscal cliff debate, Obama has asserted the need to close corporate loopholes, reform capital gains taxes to ensure a minimum increase in the percentage is paid by the wealthy. Obama has also said he wants to reinstate taxes on inherited wealth and provide more money for middle class college loans. In exchange, he would “reform” entitlement programs and cut defense spending, but, again, a comprehensive proposal that could substantively impact existing levels of income inequality remains to be seen.

Outside political circles, many economists have weighed in. Paraphrasing complex economic prescriptions is dangerous of course, but here is a look at what several prominent thinkers recommend.

Nouriel Roubini, who gained notoriety after predicting with considerable accuracy the financial crisis three years before it occurred, has consistently said the US needs to invest in infrastructure and education “to avoid an acute human capital crisis” — in effect, a future with a population unable to compete in the global economy.

To pay for all this, Roubini would propose raising tax rates across the board, particularly from the upper middle class onward. He would suggest cutting defense and entitlement spending, and making sure corporations and individuals whose income is derived from investments pay taxes commensurate with the benefits they get from the US citizenship.

Nobel Prize-winning economist Joseph Stiglitz, in his book "The Price of Inequality," lays out a similar program, putting more emphasis on curbing “corporate welfare” in the form of subsidies and tax breaks to drug, energy and agri-business companies. He would eliminate all together the lower rate people who earn money on investments pay, treating such gains as income.

There are others who reject supply-side solutions but also doubt that tax policy alone can address the issue, Kenneth Rogoff, a prominent Harvard economist and co-author of one of the seminal books on the 2008 crisis, "This Time is Different," emphasizes the combination of globalization and technology as a job-destroying mix that has had a terrible effect on the middle and lower rungs of US society.

He warns that the effects — so far mostly focused on those who lost labor-intensive manufacturing jobs — may spread to in medicine, law, finance and even entertainment.

Rogoff writes: “Given these developments, there is every reason to believe that technological innovation will lead ultimately to commoditization of many skills that now seem very precious and unique.”

Failure to act, he says, is not an option. Eventually, such trends lead to political unrest.

“Across Europe, Asia, and the Americas, corporations are bulging with cash,” Rogoff argued in The Guardian last year. “Yet workers’ share of the pie is falling with inequality reaching levels similar to 100 years ago, the status quo has to be vulnerable.”

So how did the United States, the land of opportunity for generations of immigrants, the home of the American Dream, allow its middle class to stagnate so dramatically over the past three decades?

Changes in government policy — from taxes to social welfare spending — explain a good deal of the historic shift that accounts for this growing inequality. In a 2011 research report, the OECD traced a disturbing pattern in which the world’s richest economies were growing increasingly unequal in income distribution.

This included four European countries and Japan, though in each case social welfare nets cushion the human costs in those societies. But the numbers were particularly jarring for the United States, showing that over the past several decades, as taxation in the United States far less progressive, wealth began flowing to the top.

In other words, the great experiment launched in the 1980s that promised tax cuts for the richest Americans would trickle down simply has not worked. While this remains controversial in US political circles, the OECD data — and studies by economist and think tanks around the world — articulate a consensus that is supported by Stiglitz and other internationally respected economists with many different political stripes.

In effect, flattening out income tax rates, while it meant all Americans paid less income tax, did not mean less tax in general. In fact, state, local and federal taxes and fees on real estate, retail sales, gasoline, highways and other user fees rose to make up for the shortfall — and there are no loopholes or minimum income protections for avoiding these kinds of taxes.

At the same time, the erosion of some of the programs and economic levers that once augmented income and social mobility in the lower rungs has exacerbated the problem. These include government programs funding college loans, vocational training or child care and nutrition, and the decline of labor unions, depriving workers of leverage to win wage increases to keep pace.

Not everyone agrees on the severity of the problem that income inequality presents.

A number of economists, roughly equating to those who promote supply-side policies, argue that such inequality is the price the United States must pay for having the world’s most dynamic, innovative economy. In effect, these Chicago School adherents, so named for their admiration for the late University of Chicago economist Milton Friedman, believe that economic (GDP) growth, not redistribution on income, is what will benefit the broadest swath of society.

Perhaps the leading, living embodiment of Friedman’s views is 1995 Nobel economics laureate Robert Lucas. “Of the tendencies that are harmful to sound economics, the most seductive and … poisonous is to focus on questions of distribution,” he wrote in 2003.

Lucas has since revised his views slightly. For instance, he is full of praise for Ben Bernanke’s performance during the crisis, and voted for Barack Obama in 2008, albeit for civil rights rather than economic reasons.

Nonetheless, Lucas remains unconvinced that redistributive policies can do anything but destroy economic growth. He cites the experience of social welfare states like Japan and Europe, where government spending typically accounts for more than 50 percent of GDP, as opposed to about 40 percent in the US. In Europe and Japan, he said in a rare interview with the Wall Street Journal, “the welfare state is so expensive, it just breaks the link between work effort and what you get out of it, your living standard. And it’s really hurting them.”

This focus on growth over equality is as old as Left and Right. And nothing that happened in 2008 — or between 1980 and 2013 — has deterred those who believe it. A study last year led by Harvard’s Alberto Alesina concluded that tax cuts and spending reductions would have a greater impact on national debt and promote faster GDP growth than anything else the government can do, a position embraced by Mitt Romney’s chief economic advisor, R. Glenn Hubbard.

But Romney and his argument for restoring economic growth lost the election, and Obama and his vision of redistributing wealth to restore that ‘level playing field’ won the election. The question now is whether Obama can successfully govern with an unruly congress and an increasingly combative culture of lobbyists that define modern Washington. When he takes the podium and places his hand on the bible to take the presidential oath, the hour glass turns on his second term and the impact it will — or will not — have on rising income inequality.

Michael Moran is a GlobalPost columnist as well as the director and editor-in-chief of Renaissance Insights, at the investment bank Renaissance Capital. His book, “The Reckoning: Debt, Democracy, and the Future of American Power” is published by Palgrave Macmillan.