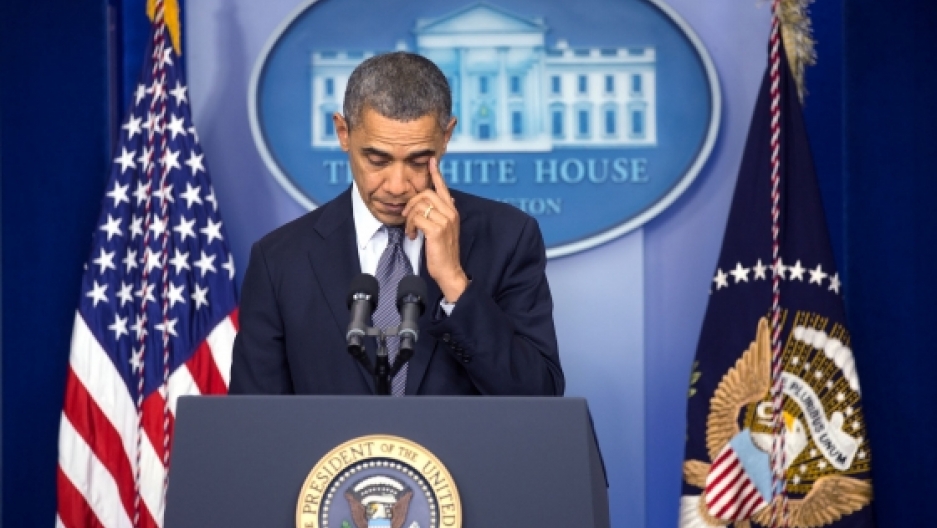 President Barack Obama announced on Thursday unveiled a series of executive actions and legislative proposals meant to curb gun violence across the United States, in the wake of the kilings at Sandy Hook Elementary School.

The plan has been called the most comprehensible federal regulations on guns since 1968. In addition to relatively limited executive actions Obama will take, he's also calling on Congress to reinstate a ban on certain assault rifles and high-capacity ammunition magazines and institute a requirement for background checks on all gun sales.

Carrie Budoff Brown, a White House reporter for Politico, says one of the first things the White House proposal highlights is background checks and closing the loopholes that allow guns sold through private sales to be exempt from a background check.

“This is something that Democrats have really been trying to do for many years,” she said. “From the White House perspective, they view this as a pretty doable initiative, though it will face resistance.”

In Obama’s gun control plan, there’s language that encourages people who purchase their guns through private sales, to do so through a gun dealer. That way, it would require them to get a background check.

The idea is to strengthen the system by having the ability to do background checks on the spot and make sure the information in the system is complete.

"This is generally the problem with creating these kind of databases — whether it's checking the status of immigrants or anything else — you just need to have a system that works,” she said. “Otherwise the whole process breaks down, unless it's complete, thorough and up to date."

The proposal includes elements that were part of the assault rifle ban in effect from 1994-2004, like the prohibition on high capacity ammunition magazines. They want to reinstate a 10-bullet limit on gun magazines.

"How you define an assault weapon will be something that could come under intense debate because there's ways to get around it,” she said. “And you don't want to make it too broad because you'll get to a point where too many guns are under it — and you don't want to do that either. There's a certain level of sensitivity to that."

In addition to the background checks, Brown says, the proposal on high-capacity magazines could get through Congress, because the president and others can argue that there isn’t a need for more than 10 rounds.

But there will be a lot of push back from the National Rifle Association, arguing there’s a legitimate need for more than 10 rounds in a magazine. It could be a subject of intense debate in Congress.

One of the other major elements the president proposed, Brown says, is to make schools safer by improving protection.

“I think this is a nod to what we are hearing from the NRA,” she said. “(The White House) is not saying give every school police officer a weapon to protect the school, but they're talking about if schools want to use federal resources to hire more school resource officers, they can do that."

The guns Adam Lanza used in the Connecticut shooting were obtained legally, Brown said. So, critics of tightening these laws will say there’s nothing in terms of gun laws that would’ve prevented him from obtaining those guns and that the mental health aspect has to be addressed.

“But I think a lot of people will look at this, at least the school part and the mental health part, and wonder what really is being strengthened here,” she said. “I think the health care law that was passed two years ago may do more to improve mental health services than anything we'll see as part of this initiative today.”

Rick Klein, senior Washington editor for ABC World News and co-host of the network’s political webcast, “Top Line," says this administration can’t overplay the hand or they’ll be left with nothing. And it will be easier for legislation to be blocked if they try to ask for everything.

“The indication from the White House is that they plan to pursue this on multiple tracks,” he said. “There's some things like expanding mental health checks to make sure that the mentally ill doesn't have access to guns, you'll get almost unanimous support for things like that.”

But the challenge will come when there’s talk about anything involving guns. And they’re going to have lockstep opposition from the NRA, its allies and even Democrats who are skeptical, Klein said.

“But this is a very significant announcement by some measure, more at play here than anytime since the 1960's assassinations,” he said.