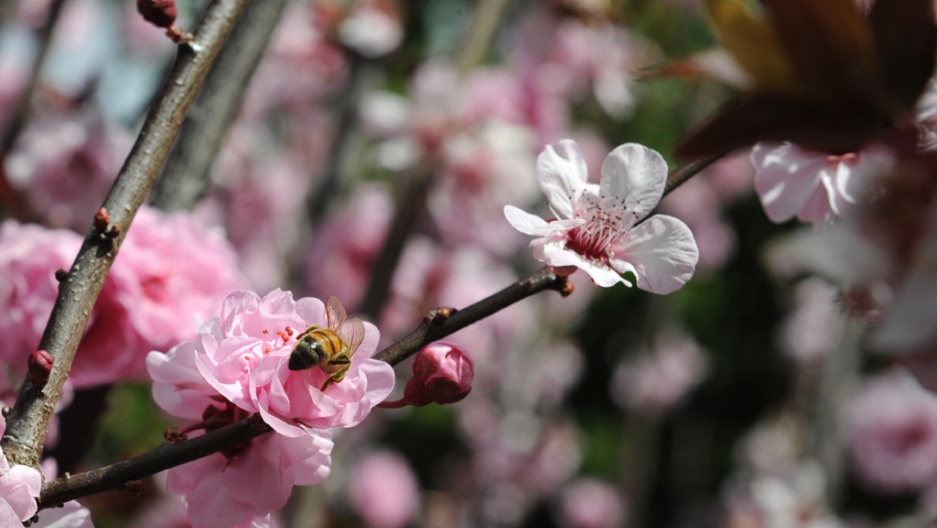 A new study suggests that global warming resulted in the earliest spring flowers in US history in 2010 and 2012.
Credit: ROMEO GACAD
Share

Record warm temperatures in 2010 and 2012 resulted in the earliest spring flowers in US history, according to research published online in the journal PLoS ONE.

More from GlobalPost: 2012 hottest year ever recorded in US, new figures show

The study used 161-year-old data on flowering times from Henry David Thoreau's notebooks, as well as nearly 80-year-old data from the famous naturalist Aldo Leopold, according to Live Science.

It found that flowers at a site in Massachusetts bloomed up to 21 days earlier in the record warm springs of 2010 and 2012.

Flowers at a site in Wisconsin blossomed up to 24 days earlier.

“It was hard not to notice in 2012 that things were different,” the study's co-author, Harvard professor Charles Davis, told The New York Times. “For me, one of the telling stories was walking around Cambridge and Boston and seeing the Irises in bloom in late 2011 and early 2012 — it was totally bizarre.”

According to National Geographic, this isn't the first time global warming and earlier flowering times have been linked.

But the study does suggest plants in the eastern US are coping with the heat -- at least for now.

"It's just remarkable that they can physiologically handle this," study leader Elizabeth Ellwood told National Geographic, though she added at some point "this won't be the case anymore."