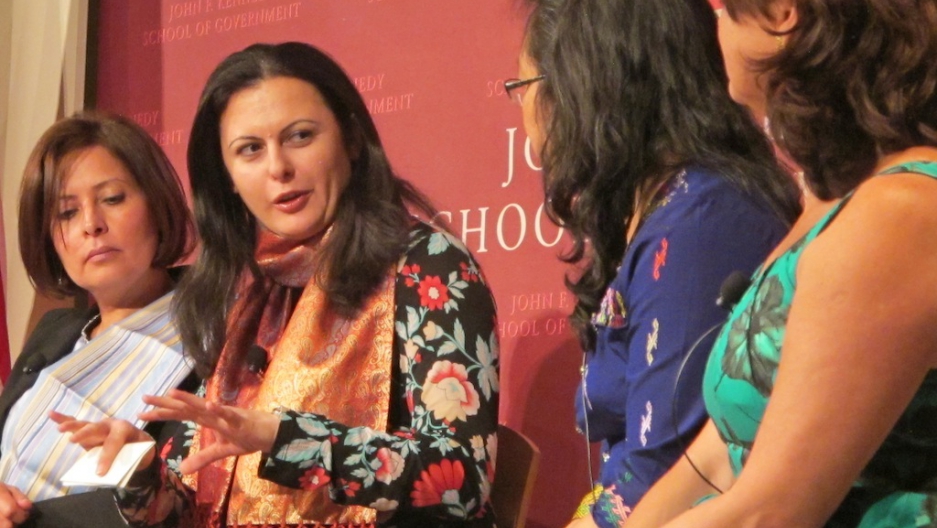 In front of a packed house at Harvard's Institute of Politics last night, six women from divergent regions, cultures and backgrounds came together to share stories of how women are working to secure conflict zones and push for peaceful solutions to some of the most complicated issues in the world.

From Syria to Colombia to Myanmar, these women, moderated by former ambassador Swanee Hunt, told the stories of their unique approach to ending wars and dictatorships and tackling politics in traditionally patriarchal countries.

"We are women, we want more. We want a better life," said former Afghan MP Sabrina Saqeb, the youngest person elected to parliament in her country. Her sentiments were echoed by the women on the panel, all of whom are involved intimately with finding peaceful solutions to the conflicts in their countries.

More from GlobalPost: Afghanistan elections: the women who gave up

"We have peace because women were at the table," said Julia Duncan-Cassell, a former governor and current Gender and Development Minister of Liberia, where a decades-long civil war was ended by women using non-violent protest. "The issue of women should not be a side event. Let it be a main event."

The ranks of women influencing global security policy are growing rapidly, all over the world, and really, we think you should just watch the panel and see for yourself.

There's no way to do these women justice by describing them, especially because they do best speaking for themselves.

For more of GlobalPost's coverage of revolutionary women, check out our Special Report "The Voice and the Veil: Egypt's Revolutionary Women."