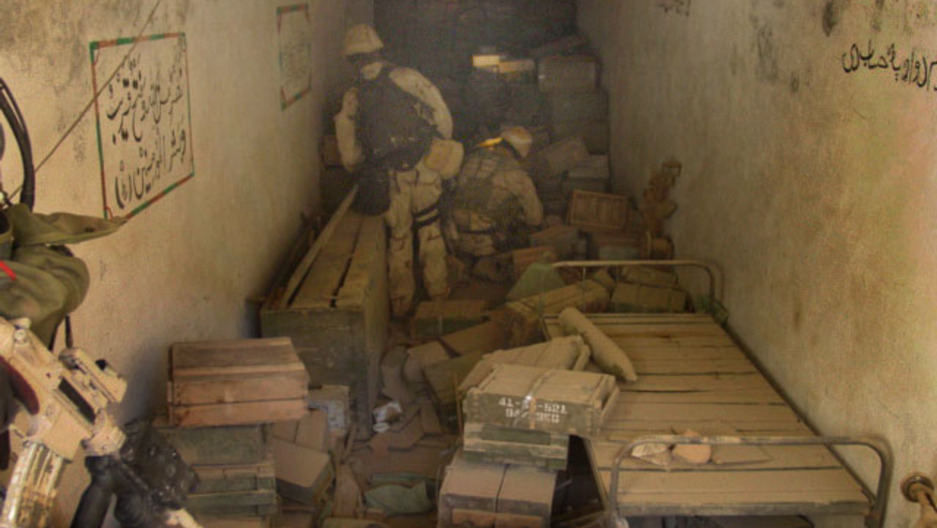 Navy SEALs patrol during the War on Terror. (Photo courtesy of the U.S. Navy.)

Former Navy SEAL Rob Guzzo, who returned from Iraq in 2007, took his own life the day after Veteran's Day 2012, after suffering from post-traumatic stress disorder.

Guzzo grew up in Rhode Island in a military family. Both of his parents served in the Navy and Guzzo followed in his father’s footsteps by becoming a Navy SEAL. But his parents knew his military career would end if he went to the military for help for his PTSD he developed in Iraq.

Guzzo was hardly alone with feeling like he had nowhere to turn to get the help that he so desperately needed.

The Associated Press reports that the Pentagon has been struggling to deal with the rise of suicides in the U.S. military. Last year’s total of 349 military is the highest number since the Pentagon began tracking suicides in 2001 — more deaths than died in combat in Afghanistan. But though the problem persists, the AP says the Pentagon has made suicide prevention a high priority.

Brook Silva-Braga, Guzzo's high school classmate and host of The Washington Post’s online news program “The Fold,” says he wantd to talk about the death of Guzzo to honor his memory and prevent things like this from happening in the future.

"If you walked into a room and only noticed one person, it would very likely be Rob. He was a prankster he was just a fun vivacious guy,” he said.

Guzzo’s mother, Robin Andersen, says shortly before Guzzo was discharged from the Navy, a close friend, who had been deployed with him to Iraq, committed suicide.

"When that happened, Robert's father and I were extremely concerned that Rob was going to be next, we knew that he needed to get out of the Navy to focus on his health,” she said.

Guzzo spoke to his teammates and other SEALs about what he was experiencing, Andersen says, but they cautioned him that if he sought help, it would hurt his security clearance.

“For a SEAL, if you don't have a security clearance you don't go on secret classified missions. Therefore you're not a Navy SEAL,” Andersen said.

And while the Navy and Army are trying to reduce the stigmatization of mental health illnesses, Silva-Braga says, for special forces, like Navy SEALs, security clearances quickly becomes an issue.

"There may be some people that come back that shouldn't keep their clearance because of what they're going through. But because they know that, how do they get treatment for what they’re going through? And it’s a bit of a catch-22 that I’m not sure there’s a good answer for,” he said.

When Guzzo came back from Iraq, he had nightmares, night sweats and flashbacks. He should’ve been placed on limited duty status, Andersen says, to focus on regaining his mental health.

But that didn't happen.