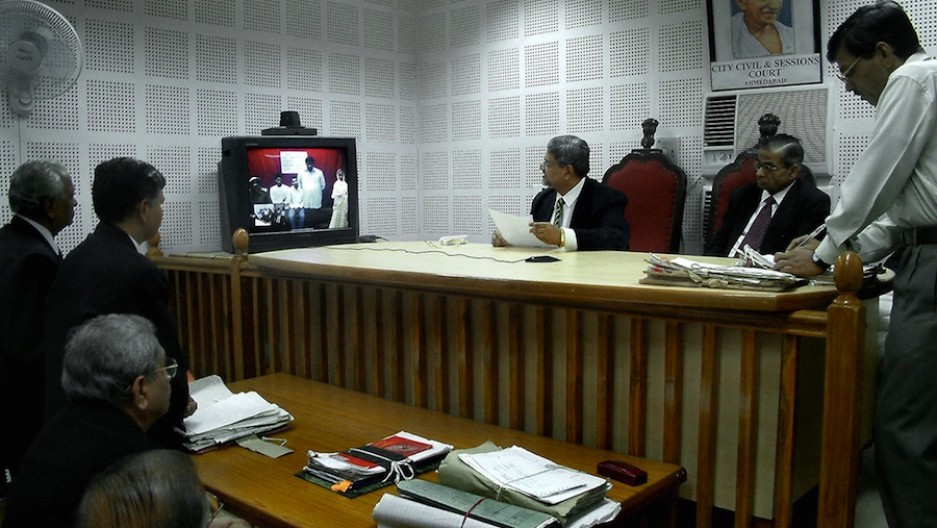 Is India's justice system broken? Its prisons house nearly 400,000 inmates, only about a third of whom have ever been convicted of a crime. And more than 1,000 have spent five years in jail without ever seeing the inside of a court.
Share

A wag once remarked that a trip through the Indian court system is as near to experiencing eternity as a living soul can get. But it's not just slow. Despite well-written laws and legions of well-intentioned cops, lawyers, judges, and activists, the Indian justice system is abusive, arbitrary, and above all ineffective.

In short, it's badly broken. And the only answer that seems to gain any traction is to make it tougher, or more arbitrary.

The current arguments run that the death penalty to be meted out to rapists, or that juveniles should be tried as adults, or, as a cop friend pointed out, that the police must be freed from petty concerns about human rights, to strike fear of law and order into the hearts of criminals.

But consider some stats put together this week by the Wall Street Journal's Real Time blog, as part of a seris on the justice system.

India's prisons house nearly 400,000 inmates, but only about a third of them have actually been convicted of a crime. More than 1,000 have spent five years behind bars without ever even seeing the inside of a courtroom.

As Prem Shankar Jha points out for the Hindu:

According to the National Crime Records Bureau’s annual report Crime in India 2007, between 2003 and 2007 citizens filed 282, 384 complaints of human rights abuses against the police. Of these only 79,000 were investigated; only 1,070 policemen were brought to trial and only 264 — less than one in a thousand — were convicted. All but a handful stayed on at their posts, free to wreak vengeance on those who had dared to complain against them.