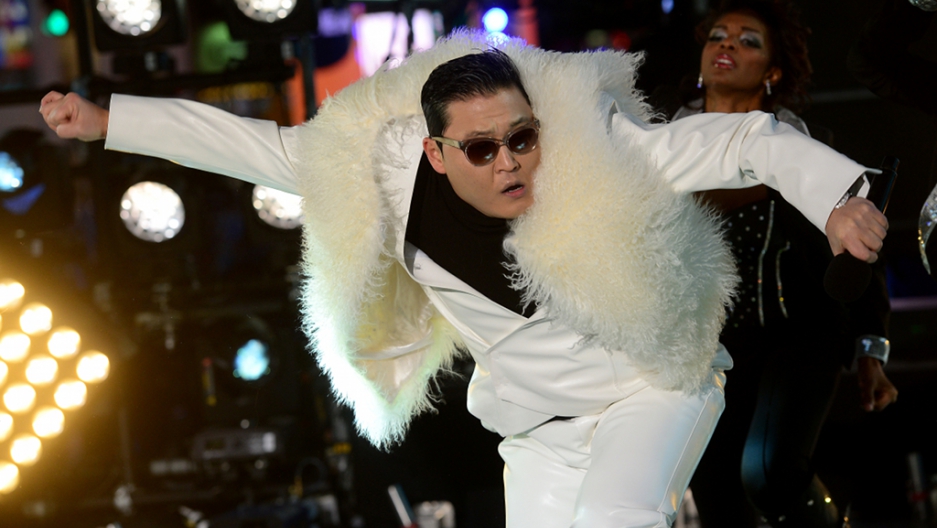 PHNOM PENH, Cambodia — Beat down by the sweltering Cambodian sun, a group of teenagers took a rest from peddling pirated books and newspapers to tourists. One merchant switched on his mobile phone, playing the usual hit “Gangnam Style.”

But the reaction among his peers wasn’t what it used to be. “So old, so old,” a friend jabbed lightheartedly.

At a nearby café, a Chinese-Cambodian businesswoman said she was saving money to get cosmetic surgery in Gangnam, the glamorous Beverly Hills of Seoul that Psy raps about in his global hit.

But the lure of plastic surgery in Korea — a trendy item for Asian women who want the pointy nose and larger eyes they consider beautiful — is apparently wearing off too.

“I should be careful. I don’t want to look like those K-pop girls. Too fake,” she said. “And those K-drama men, ugh, they look girly. Too much make-up.”

Last summer, the release of “Gangnam Style” raised the global profile of the “Korean Wave,” or hallyu, a pop culture fad that has enchanted youth throughout Asia since the late 1990s. Today, teenagers in Cambodia and elsewhere continue to ape South Korean films, television dramas and pop bands.

But some here say the craze is getting a bit much, even for the Psy loyalists residing in Phnom Penh. So what happened?

Youngsters are pushing back against the Korean pop culture with torpor and, at times, national pride. One Chinese student even sighed with relief that Psy’s New Year’s resolution was to retire “Gangnam Style.”

“I really want to see more coverage and attention to Khmer [Cambodian] pop,” said Huy Solida, the founder of KhPop.com, a website that covers Cambodian celebrity gossip. She added, though, that many Cambodians are still crazy for Psy, and that they respect South Korean cultural exports because they can learn from a “modern” country.

In China and Japan, two of the Korean Wave’s biggest markets, pride in homegrown pop culture has been gaining intensity since the mid-2000s.

Last year, a Taiwanese communications regulator requested that stations play fewer Korean shows and music. In 2006, Chinese authorities capped the number of South Korean television shows that can be aired. Both countries were trying to prop up the entertainment industry at home.

Such a reaction is partly due to the growing perception that South Korean pop culture is shallow, a view perpetuated by the relentless sponsoring of K-pop by the South Korean government, often at the expense of its traditional culture.

Each year, the government has increased spending on K-pop by 12 percent, but has stepped up spending on traditional culture by only 2 percent, according to Daniel Tudor, author of Korea: The Impossible Country.

Opposition to Korean Wave usually rides on other frictions, and doesn’t always come down to acceptance or rejection of Korean pop culture itself. “As political issues rise and fall, culture can get sucked in. But so do cars, appliances, and whatever else,” said Mark Russell, author of Pop Goes Korea: Behind the Revolution in Movies, Music and Internet Culture.

Case in point: in February 2012, actress Kim Tae-hee cancelled a promotional visit to Japan thanks to anti-Korean Wave sentiment. Right-wing Japanese groups had expressed displeasure over her support for Korean sovereignty over the Dokdo islands, the epicenter of a decades-old dispute between the two countries.

Japan is home to other paroxysms that flare up and down against the Korean Wave. In July 2011, 6,000 protesters picketed outside a television station after the Japanese actor Sousuke Takaoka tweeted that he’s tired of the stations airing a welter of Korean television dramas.

“Chase the cockroaches out of Japan!” the demonstrators reportedly chanted.

Russell said it’s easy to confuse nationalism with protectionism. He doesn’t agree K-pop is faltering, despite the efforts underway in other countries.

It’s a picture he calls “muddy.” Or, for those Cambodian teenagers, apathy.