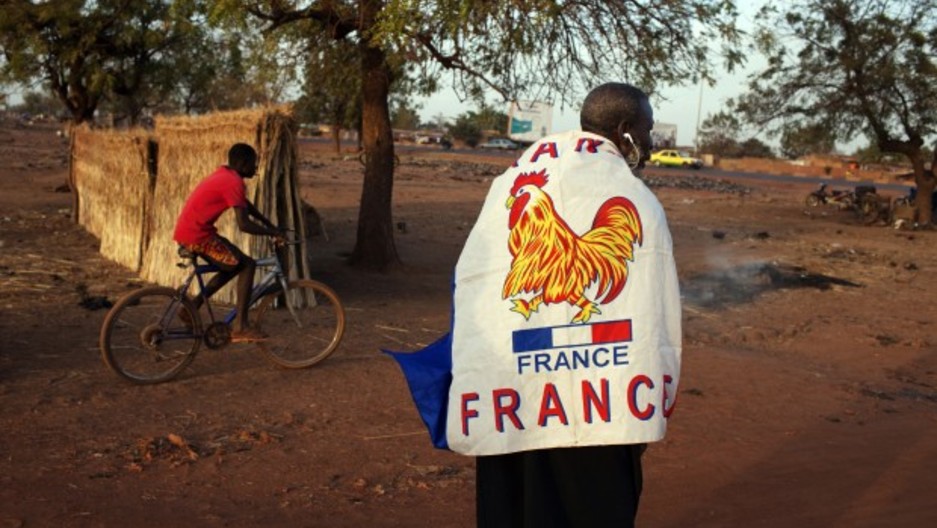 Yacouba Konate, 56, wears a French flag to show his support for the French military intervention in Mali in the Malian capital of Bamako January 13, 2013. France is determined to end Islamist domination of northern Mali, which many fear could act as a base for attacks on the West and for links with al Qaeda in Yemen, Somalia and North Africa. REUTERS/Joe Penney (MALI - Tags: SOCIETY CIVIL UNREST)

France's military intervention in Mali represented a shift in the country's foreign policy.

Jennifer Cooke, director of the Africa Program at the Center for Strategic and International Studies, said France had been reluctant to intervene, preferring instead to let the Economic Community of West African States address the situation in Mali.

But the advance of the rebel Islamic forces southward toward the capital Bamako may have been the turning point for the French, said Cooke.

The fear of a rebellion in the south of Mali threatens to turn the Sahel region into a haven for terrorists, drug traffickers, hostage takers, Cooke said, and could further destabilize neighboring countries of Niger and Mauritania.