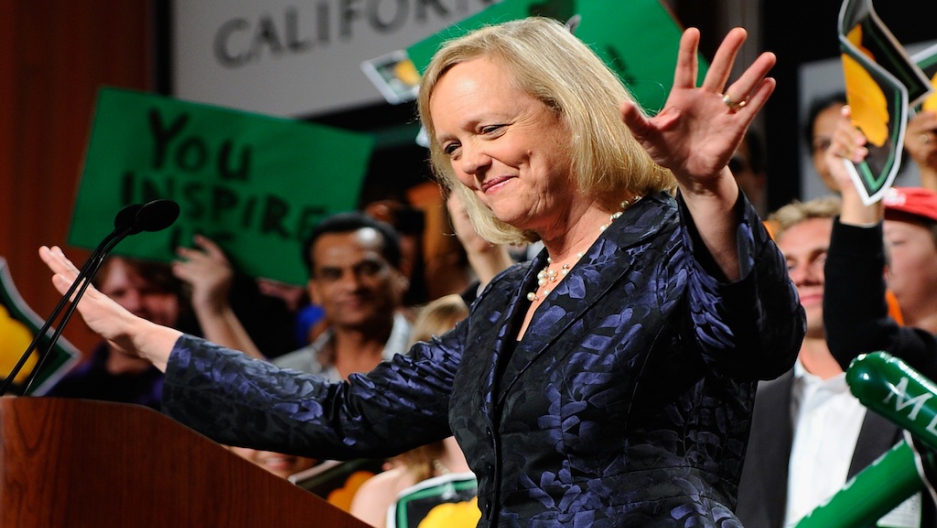 Meg Whitman, who is pictured here conceding to Jerry Brown during a California gubernatorial race on November 2, 2010, is close to being named the next CEO for Hewlett-Packard.
Credit: Kevork Djansezian
Share

2012 was a good year for HP's CEO Meg Whitman. In her first full year as the top boss of Hewlett-Packard, Whitman took home nearly $15.4 million in compensation.

According to NBC, that's a big chunk of change even by CEO standards. Top executives of major public companies made a median salary of $9.8 million in 2011, according to executive pay research firm Equilar.

But the way Whitman's compensation is totaled should inspire confidence that she is serious about HP's future success.

For the second year in a row, Whitman has taken only $1 in salary.

She will also receive $1.7 million in performance-related bonuses, more than $7 million in stock awards and $6.4 million in options, reports Business Insider.

The grand total is still 70 percent less than her targeted compensation, reports Business Insider, because the company posted a net loss for the year.

Shares of the computer-maker declined 39 percent in the past year after five straight quarters of declining sales.

Whitman was brought on board in September 2011 to help turn the company around.

Some of HP's other top bosses took pay cuts in 2012 after the company overhauled its compensation program last year to tie it more closely to company performance, reports NBC.