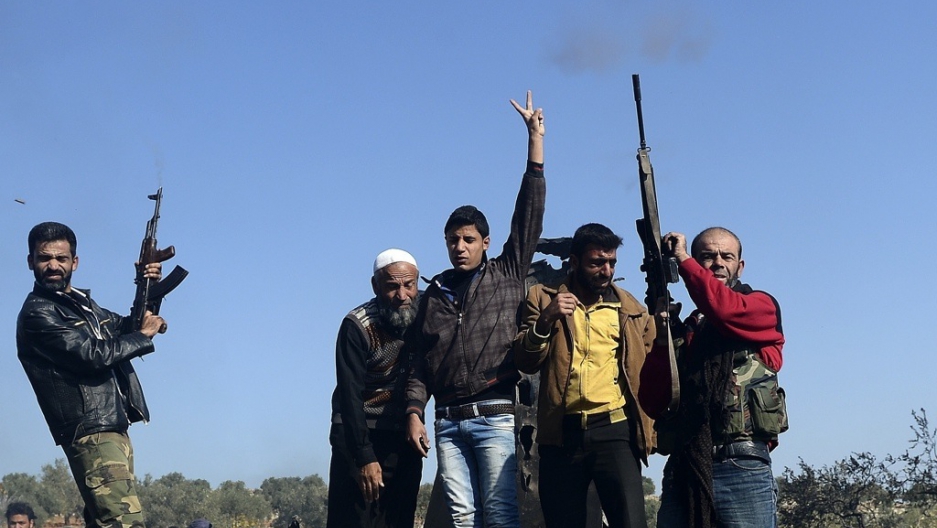 ANTAKYA, Turkey — After an intense, two-month-long battle, rebel forces gained control of the largest helicopter airbase in Syria on Friday, dealing a significant blow to the Syrian regime.

News that the Free Syrian Army had overrun the Taftanaz military airfield in northwestern Syria began to trickle through opposition ranks inside and outside the country Friday afternoon. YouTube videos appeared showing rebels cheering as they secured the main runway, munitions stores and tanks left behind by retreating government troops.

The government of Syrian President Bashar al-Assad used Taftanaz airfield to launch many of its aerial bombardments in northwestern Syria for more than a year. The air attacks have leveled cities and towns and so far prevented the rebels from gaining full control of the region.

Fighting in Syria between government forces and various rebel factions has been ongoing since March 2011. The UN estimates that more than 60,000 people have died in the fighting that shows no signs of abating.

“We can now fight without being afraid of the helicopters,” said Abu Hajar, a battalion commander for Suqur al-Sham, one of three rebel coalitions involved in the assault. Taftanaz is the largest military airbase in northern Syria and the largest helicopter base in the country.

Hajar said that with Taftanaz out of the picture, the Syrian military had no other airbases in the area to launch air strikes. The move could potentially allow the rebels to take control of a central highway connecting northwest Syria to Damascus, as well as key oil depots.

Hajar said 28 government prisoners were captured, including at least one high-ranking officer, along with stockpiles of weapons and ammunition. Other sources on the ground report that five working helicopters are also among the haul.

Free Syrian Army fighter Muhamed Raslan, speaking from nearby Jabal al-Zawia, said the victory would be crucial for opposition fighters throughout Idlib province, including his own battalion now manning a key front in Maarat al-Numan.

“The airport of Taftanaz is so important because most aircrafts [that bombard Idlib region] come from there,” he said after receiving the news of the Taftanaz victory. “These aircraft make a great obstacle in front of the FSA fighting in other places like Maaret al-Numan.”

Many civilians — who are regularly terrorized by airstrikes — also welcomed the news of the rebel victory. While government aircraft can still reach the area from bases in Aleppo and Hama, the journey is long and increasingly dangerous. Opposition forces have acquired more weapons and improve their ability to target regime aircraft.

Islamic rebel groups like Alhurra al-Sham and Jabhat al-Nusra led the offensive on Taftanaz, with support from Suqur al-Sham’s Daoud Brigade. Suqur al-Sham is a moderate Islamic group originating in the Idlib region of Jabal al-Zawia. These groups are widely hailed as the opposition’s strongest and most disciplined fighters on the ground.

The United States recently labeled Jabhat al-Nusra a terrorist organization, claiming the group had links to Al Qaeda in Iraq. Following the announcement last month, thousands marched in cities across Syria in support of the allusive opposition group with signs declaring “We are all Jabhat al-Nusra” and "There is no terrorism in Syria except that of Assad."

“Jabhat al-Nusra  have the Syrian people’s support  because they are the only real fighters on the ground,” said Abdullah Omar, a Free Syrian Army member from Aleppo. “The purity of the FSA fighters went down  because they turned from fighting to other illegal work.”

The highly secretive group, whose exact numbers throughout Syria are unknown, is believed to include large numbers of foreign fighters. Jabhat al-Nusra and Alhurra al-Sham were the only two significant rebel groups to be excluded from the new opposition Syrian Coalition government.

The Syrian regime has long blamed the uprising on foreign terrorists. On Friday, it also gave the Syrian people a very different account of the fight for Taftanaz. The pro-government Syrian Arab News Agency published an article Friday claiming airport guards had repelled an attempt to break into the airport.

“The guards inflicted heavy losses upon the terrorists, killing and injuring a number of them, while the rest fled,” The Arab News Agency reported.

Video footage emerging from the scene, however, appears to confirm the rebel version of events. Rebel fighters can be seen freely walking across the tarmac, raiding hangers and ammunition supplies.