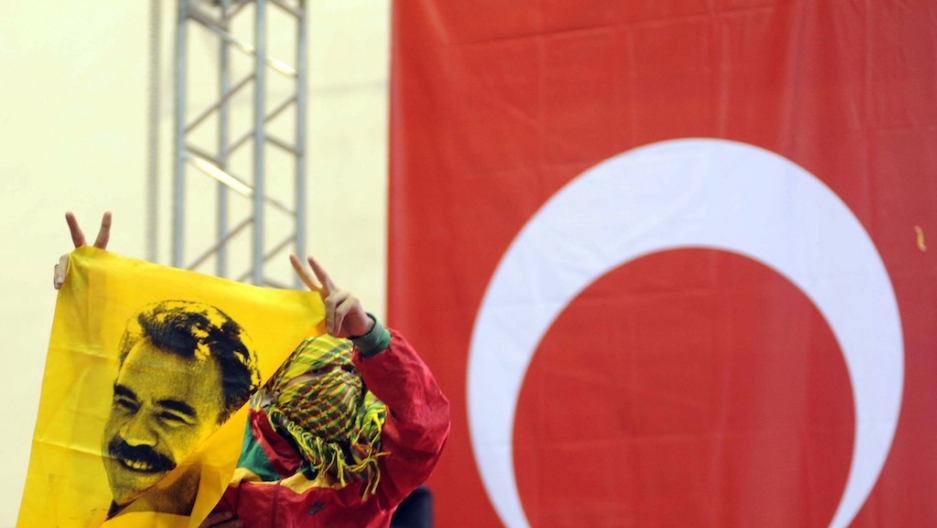 A supporter of the pro-Kurdish Peace and Democracy Party holds a poster of Abdullah Ocalan, the jailed leader of outlawed Kurdistan Workers Party, during the party's congress in Ankara on Oct. 14, 2012.
Credit: Adem Altan
Share

It's been a while since the opposition movement was in the mainstream news, so here's a brief look at who the group is and what they represent:

In 1974 Abdullah Ocalan founded the group with a Marxist-Leninist ideology, which then fought the Turkish government to carve out an independent and autonomous Kurdish state. The PKK soon become known for its ruthless killings, though it was in 1984, when they began staging attacks from Iraq, that their military action really began. By the late 1980s the PKK controlled large parts of southeast Turkey.

Since 1984, 30,000 Turkish soldiers and civilians have died in the PKK's struggle. Later, Ocalan was captured and sentenced to life in prison, which Reuters noted significantly decreased deadly violence.

Turkey, NATO, the US, European Union and other governments consider the PKK a terrorist organization.

The group is still more or less based out of northern Iraq, where it's believed to have about 3,000 fighters, though there are likely a few thousand rebels inside Turkey.

In 2012 the PKK escalated its attacks, which the BBC points out led to some of the worst fighting seen in decades.

Who's responsible for the Paris murders is unclear, though the French Interior Minister Manuel Valls said the women were "without doubt executed."