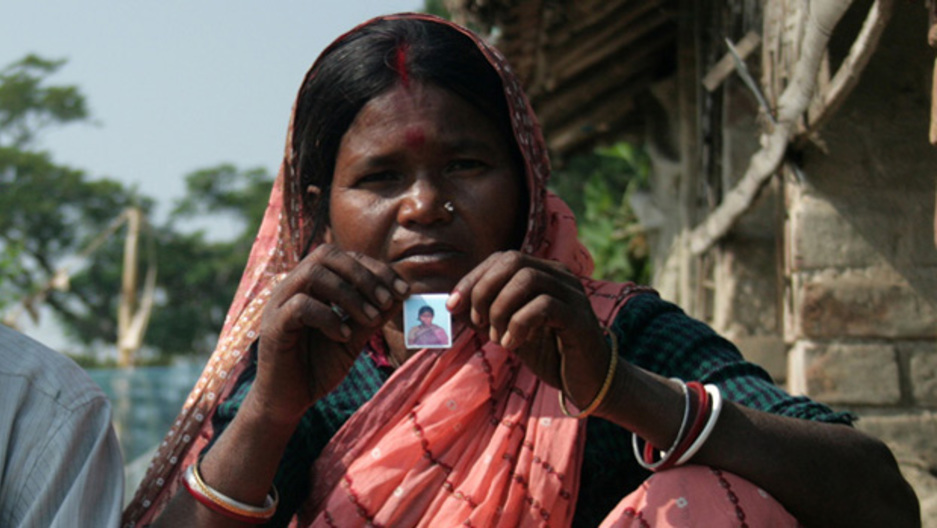 The December rape and murder of a young medical student on a bus in New Delhi shocked India and galvanized a protest movement across the country.

But when it comes to violence against women, the problem goes far beyond one case, one city, or the issue of rape.
On a misty, chilly morning in the village of Bamla, a few dozen men lock arms, grunt, and groan as they wrestle each other in a huge sandpit.

The men of northern India are famous for being strong and fit – and single. Not one of these wrestlers is married. All of them were born just around the time when ultrasound technology made it possible to determine the sex of fetuses – and to abort the ones that are girls.

The United Nations says today an estimated 50 million women and girls are missing in India because of an illegal, yet widespread practice of female feticide and infanticide. The Indian government disputes these estimates, but the reality of life in Haryana is hard to argue with.

"It's such a social issue that every house is facing this problem," says Rishi Kant, an Indian social activist. "There are young boys who are not getting girls, and when you talk to them they are frustrated."

This frustration is breeding a network of organized crime across the country. More and more families, unable to find wives for their sons, resort to buying them instead.

I follow police as they raid a house in Haryana, looking for a 14-year-old girl. She is sweeping the floor when we enter the room. She clutches a broom as policemen in beige uniforms tower over her, asking questions.

Suddenly, a small older woman breaks the circle of police.

The woman says that the parents were there when the girl was given for marriage and that she comes from a poor family. The woman insists that she's being accused of things she hasn't done.

But the girl, Rukhsana, tells the police that she was kidnapped, sold into marriage; day after day, for the past year, she's been humiliated, beaten and raped. Then one day she managed to get hold of a cell phone and called her father. That's how police tracked her down.

A week after Rukhsana's rescue I travel across the country, to India's border with Bangladesh, to visit the girl in her village. At her home, Rukhsana talks about the day her childhood ended. She says she was walking home from school at lunchtime, when three men dragged her into a car.

"I screamed but they showed me a knife and said they would kill me," she says. They put her on a train to Delhi, and then drove to the village at night. They took her to a house where there were three men: "my so-called husband and his brothers and their mother. I was made to do all the housework. If I didn't do it well they beat me."

Rukhsana doesn't want to talk about the rape.

"Everyone in my village knows my story. I will never be able to get married now. I just want to stay at home and go back to school."

According to the latest police data, almost 35,000 children were reported missing in India in 2011, most of them girls. But police sources say a poor reporting system means the real number is much higher, and every year, tens of thousands of girls are sold into prostitution, domestic slavery and increasingly into marriage in the northern states of India.

After weeks of trying, I manage to meet a man who sells women for a living. He doesn't want to give his name but tells me that business is very good.

"The demand is rising, so I have been able to buy three houses back in Delhi," he says. He trafficks about 150-to-200 girls a year, telling their parents that he's taking them for work, and then connecting them with a placement agency in the city.

"What happens after that is not my concern," he says. "Police know what I do. I have to pay them in every state that I work in. I have run into trouble with the authorities, but I am not worried, if I go to jail I will be able to bribe myself out."

At the police headquarters in West Bengal, officials deny specific allegations of complicity and pay-offs, though they admit that corruption in general is a problem. The head of the anti-trafficking unit for West Bengal also tells me officers desperately need more resources to fight a growing trafficking network.

Even greater though, some argue, is the need for attitudes to change. In one Haryana village, I attended a meeting of influential community elders, discussing some of the pressing issues. Even before the notorious Delhi gang rape case, one speaker addressed what he called an "alarming" increase in rape cases.

He says the reason for it is the lack of modesty among women. Another man gave a rationale for the practice of aborting baby girls.

"These days society has become very educated and the girls started eloping, bringing shame on their families," the man says. "When girls behave like that, who would want a girl? Anyway it's women who prefer abortions. Men have no part of it."

But 25-year-old Rupa, who lives in the village, says she never wanted to have an abortion. She was trafficked, sold into marriage, and then forced to have two abortions, she says, because both times she was pregnant with a girl.
In India, the cycle of abuse carries on.