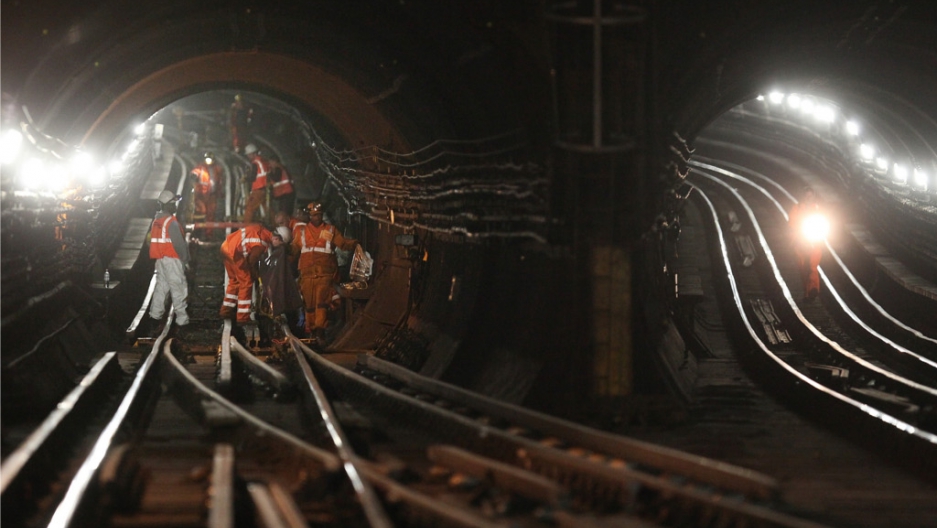 LONDON, UK — Abraham Lincoln had just published the Emancipation Proclamation a century and a half ago when London, then the world's greatest metropolis, opened the first below-ground railway.

The Metropolitan Line connected the great railway stations along the northern border of the city's business area running from Paddington Station to Farringdon.

Pedants might complain that that first line wasn't really a Tube, as the Underground is known. It was actually a trench cut below street level that was roofed over. The first deep Tube line was dug under the Thames a few years later.

No matter. The Metropolitan Line was a genuine engineering feat. It would be another 40 years before New York and Paris opened their versions of underground mass transit.

Today the Underground is one of the biggest of the Old World subway systems (Beijing and Shanghai, inevitably are larger).

And, depending on how you calculate fares, including discounts for senior citizens and others, it’s the most expensive.

Since London is enjoying one of its periodic high moments as a great world city, there’s a certain glow attached to the anniversary, although daily straphangers may mutter dissenting views.

Complaining about the Tube is as much a part of London life as going to the theater, getting drunk, or swaggering around as if you live in the greatest city on earth. (We do, don't we? That's what Mayor Boris Johnson says.)

However, I remember the really bad old days of the Tube not so long ago, when some journeys felt like they never really ended.

My guess is that the daily stress of the decade I commuted to my office via the Piccadilly Line probably knocked five years off my life expectancy. Those were the grim years of the 90s. Trapped underground, squashed into carriages that were a claustrophobe's nightmare, there was ample opportunity to reflect on how the Underground symbolized so much of British life and history.

Crammed in with a bunch of strangers, I began composing a book in my head: The Tube's shortcomings would be a source of ironic comment on society. The English are famous for their abhorrence of public displays of intimacy, something the Tube seemed designed to overcome by cramming people groin to groin in the quickly overcrowded carriages with no headroom and the elevators you have to ride to exit some of the deeper stations.

One working title was The First Shall Be Last. Its theme would be how Britain (England, really) had led the way to modernity, but fallen just short of what we consider modern.

Although the English were the first to stage a revolution to overthrow a king, they ultimately reverted to the nursery comfort of monarchy. (The example of the short-lived Commonwealth and its leader Oliver Cromwell stood as an example of what and what not to do for America's revolutionaries.)

The Brits seemed equally content to make no significant modernizing improvements to their Underground. Although the powers that be were happy to brag about London’s being first, the Tube had long fallen to last among big-city systems by every other measure.

Overcrowding at evening rush hour was so severe at my station, Holborn, that the Underground authorities simply wouldn't let you in. There was no way to get home at the end of a hard day's work.

Imagine the police trying to keep people out of Times Square or Penn Station at 5:45 p.m. because it's too crowded. Riot time. But not at Holborn, where the situation dragged on for decades.

That led to another working title for my book: Piss Ups in Breweries: How Britain's Inability to Organize for the Contemporary World Led to Decline.

Although Tube usage had outgrown its capacity decades earlier, the authorities relied on that most English of characteristics, "muddling through," to avoid spending money on enlarging stations. There was a vast unwillingness to make things better. Some of the cars I rode had been in service for 50 years. They smelled it.

Still, the Tube really was a remarkable achievement when it was built — by the private sector, it should be said. It was created at the height of Victorian and imperial self-confidence, before the idea of "can do spirit" migrated across the Atlantic and attached itself to America. (Where has it gone to now, I wonder?)

Anyway, just around the time I joined the digital migration from office to working from home, Tony Blair’s government began to invest in the Tube. The network was extended to begin reflecting the changing patterns of London life. The new Jubilee Line stations in particular, designed by brand-name architects like Norman Foster, have become landmarks.

Despite all the complaints today, there’s still much to celebrate. Consider all the events that have engulfed London in the last 150 years, including aerial bombing in both world wars (everyone remembers the Nazi Blitz, but in WWI, German Zeppelins dropped bombs around Farringdon Station). There was the loss of Empire and decades of economic decline.

Yet you can get on to the platform at Paddington Station and travel the route the first commuters took. Look out the window and you see the original brickwork and buttressing that prevent the trench from caving in. It’s not a heritage tourist attraction, but a working commuter line, its existence a testimony to London and the generations who have used the Underground's ability to endure.

Of course, for all the recent improvements, there are other things about the Tube that haven't changed. I recently happened to walk by Holborn a little after 6 p.m. A huge crowd overflowed into the street, blocking traffic. They were still closing the station because the platforms were overcrowded.