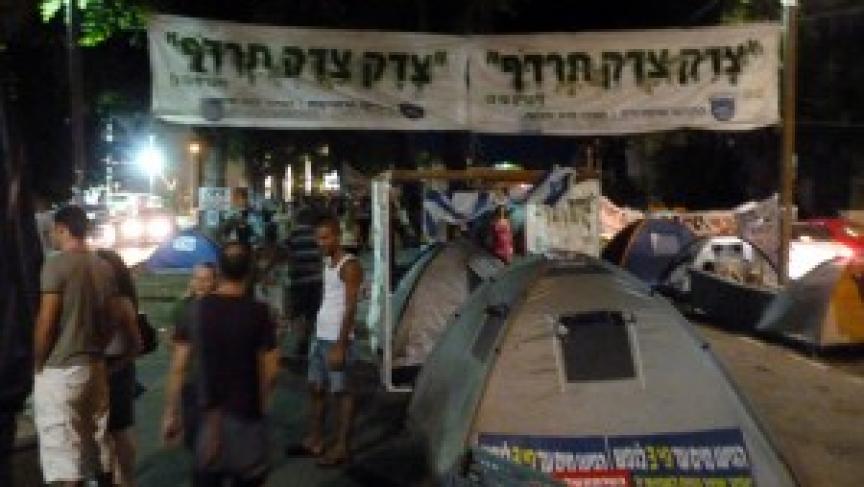 It’s no surprise, really, to find that young people are politically apathetic — In Israel or anywhere else.

But this year, the Israeli left is especially concerned.

Centrist and left-leaning parties have been decimated by internal squabbling over the past decade, and a public that turned to right-wing parties on security issues.

So the left is hoping to energize the people who took to the streets for “occupy-Tel-Aviv-like” demonstrations.

Tens of thousands marched in 2011 to protest skyrocketing housing costs. Many set up tent cities in downtown Tel Aviv.

Itzik Shmuli was a protest leader and is now candidate for the Labor Party. He said the anger expressed back in 2011 is still around.

And it will get people to the polls on Jan. 22.

“Today, people in Israel think differently and act differently too,” Shmuli said. “Suddenly they believe in their ability to bring about change. This energy must now be translated in the election into higher voting rates and the right vote for Laboor, so that we can translate it into achievements and budgets, laws and a change of policy.”

But the Israeli government isn’t especially optimistic that young people — left, right or center — will show up at the polls.

So the Israeli Election Committee has trotted out a new video campaign, urging them to do just that.

It features the Israeli version of an uber hipster couple sitting at a Tel Aviv cafe.

The man and woman complain that only when coming back from Berlin, currently a very trendy destination for Israelis, do you understand how much of a third-, fourth- or even fifth-world country Israel is.

Suddenly the “complaining police” show up and give the couple a ticket.

The slogan: “Not voting? Don’t bitch!”

Polls suggest that the Israeli voters who are likely to show up for elections in two weeks will keep Prime Minister Benjamin Netanyahu’s Likud Party in power.

In fact, Shmuli and his compatriots have a long road ahead of them.

Polls suggest that far-right parties — not left-leaning ones — are building momentum.