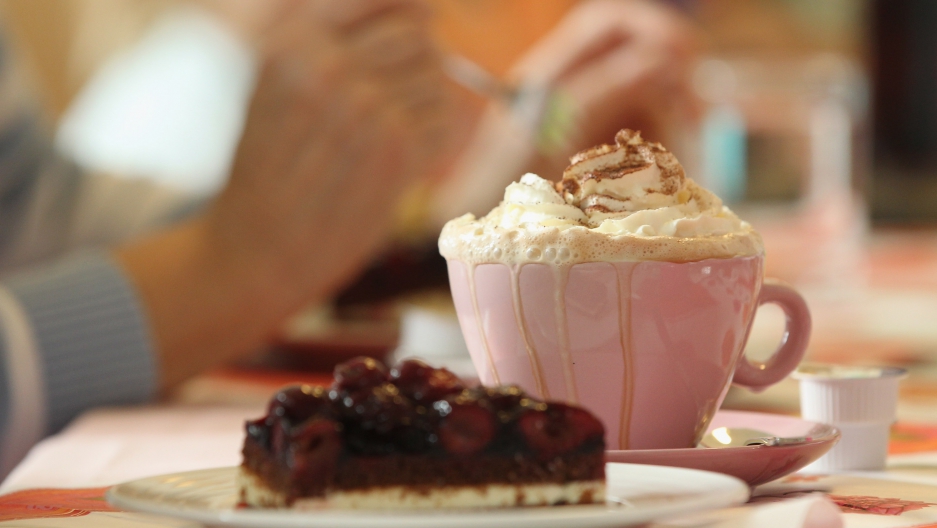 A new study has shown that hot chocolate tastes better when served in an orange or cream cup.
Credit: Sean Gallup
Share

Next time you reach for a cup to make a hot chocolate, pay attention to the color.

The new research does not just apply to hot chocolate but all beverages.

"The color of the container where food and drink are served can enhance some attributes like taste and aroma," said study co-author Betina Piqueras-Fiszman, a researcher of the Universitat Politècnica de València in Spain, according to LiveScience.

LiveScience reported that those drinks served in the orange and cream cups were found to be the tastiest despite it being the exact same stuff that was in the other mugs.

“These results are relevant to sensory scientists interested in how the brain integrates visual input (such as color), not only from the food itself, but also from the container, packaging or plateware from which it is being consumed,” the report read.

The new findings contribute to growing evidence that says taste is influenced by many factors unrelated to the actually taste of the food.

Medical New Today reported that previous studies have shown that food served on white plates tastes better than appetite-suppressing blue and that yellow stimulates the appetite.

The study was published in the Journal of Sensory Studies.