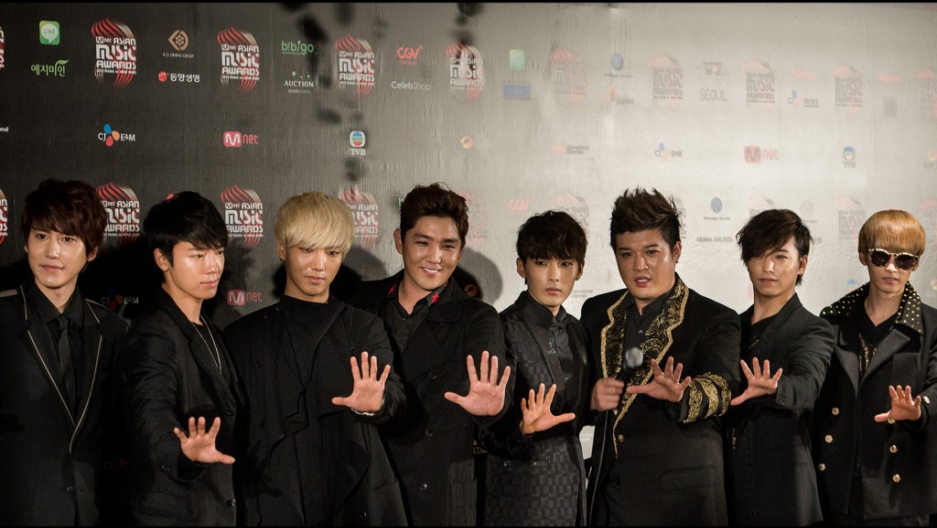 Gentlemen: ever wished you could use your girlfriend's concealer to cover up a zit or two without ridicule? Or that you could apply a bit of powder to achieve the enhancing effects your lady friends effortlessly pull out of a purse?

Men aren't generally associated with makeup and cosmetics in the modern era, but some Korean gents are happily bucking the trend, as the male cosmetic industry continues to grow in leaps and bounds on the Asian peninsula.

Korea may require two years of military conscription for all males, but in this K-Pop obsessed country, male cultural role models don't tend to be the masculine heroes and warriors lionized in previous generations. Some of them are downright pretty.

A BBC report found that "face-creams, cleansers and foundation are among the products that men have been buying in large quantities." There are even television programs dedicated entirely to the art of male grooming, according to the BBC.

So-called flower men don't stop at cosmetics. ABC reported that many are now investing in cosmetic surgery, especially when it comes to the nose — because the male proboscis is considered a symbol of "male sexuality."

Could Western men be far behind? It's looking more and more likely that they won't be (have you seen Justin Bieber recently?): The NPD Group found that the demand for men's grooming products is booming in the US, with more than nine out of 10 men saying they use some sort of grooming product.

The motivation behind the American trend is the same as that for Korean men, researchers suspect: In an economy that rewards looking good, guys who pay extra attention to their appearance — and even, perhaps, smear on a little concealer — may find themselves with a leg up.

It's worth remembering that makeup for men is nothing new in human history. Men in Ancient Egypt wore kohl (eyeliner), Elizabethan men strove for an alabaster complexion and used powder to achieve it, and Africa's Wodaabe tribe are famous in the modern era for their elaborate male beauty ceremonies — which naturally involve a copious quantity of makeup.