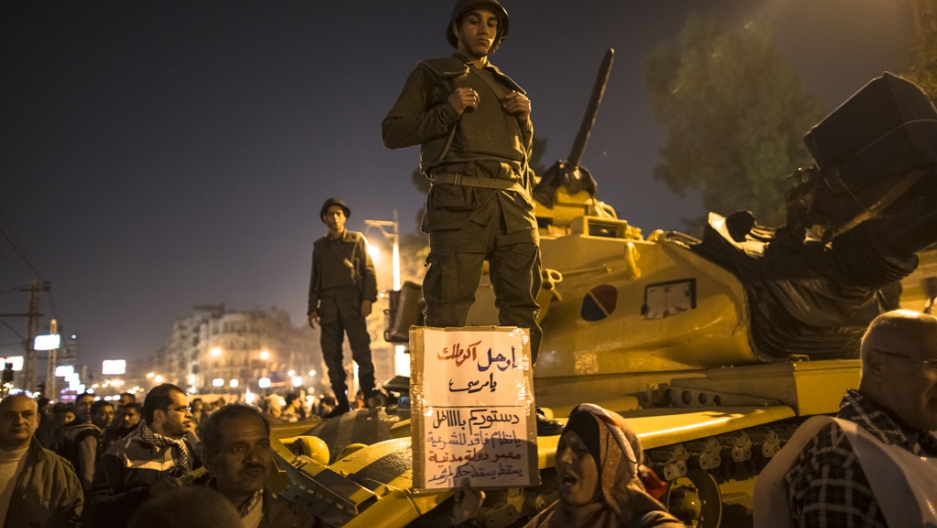 Muhamed Sabry, an Egyptian photojournalist and activist, will be the first civilian to face a military trial under Egypt's new constitution.

Sabry, a member of the organization No Military Trials for Civilians, is accused of filming a military area in the Sinai, according to Egyptian newspaper Ahram Online. He was detained on Friday while recording the military zone in Rafah, according to state-owned news agency MENA.

Daily News Egypt reported that Sabry's trial was postponed from Sunday to Wednesday.

Sabry has been detained at the central prison in Al-Arish, according to Daily News Egypt.

GlobalPost Senior Correspondent in Egypt Erin Cunningham said Morsi's presidency has been marked by an uptick in cases filed against journalists for crimes such as insulting the presidency.

"This heightened climate of official hostility toward independent media has made it easier to target and charge journalists," Cunningham said.

In addition, despite fierce opposition by liberal and secular activists, Egypt’s Islamist-dominated constituent assembly drafted an article that allows for the military trial of civilians in cases where the crime “hurts the armed forces.” Trying civilians in military and state security courts was a key grievance for protesters seeking to topple the police state of former president, Hosni Mubarak. And activists fought hard in the military-run transitional period to free activists and other civilians imprisoned, often without appeal, by Egypt’s military forces. Many Egyptians, and particularly friends and colleagues of Muhamed Sabry, feel like the country has gone back to square one.

Because of Sabry’s unique position as one of just a couple of journalists based in the Sinai Peninsula, the disappearance of his voice from the scene is a great loss. The Sinai is violent and many Egyptian journalists are either scared or disdainful of working there, resulting in the proliferation of misinformation or unsubstantiated reports from Egypt’s state media outlets. Sabry was a crucial, independent and objective source on an underreported region, including for GlobalPost which both worked with and called on him for reports from the area.

Sabry was reportedly working on a report about the recent deaths of army soldiers, according to Ahram Online.

More from GlobalPost: Security in Sinai is getting worse

Reham Abdelaziz, Sabry's wife, said she was concerned because Sabry is a freelancer, not a member of the press.

According to Human Rights Watch, Article 198 of the new constitution reads: "Civilians may not be tried before the military justice system except for crimes that harm the armed forces, and this shall be defined by law."

"Whoever said yes to the Constitution of the military and the Muslim Brotherhood have contributed in the loss of Mohammed Sabry's freedom and rights," said Activist Alaa Abdel-Fatah, who faced a military court earlier.