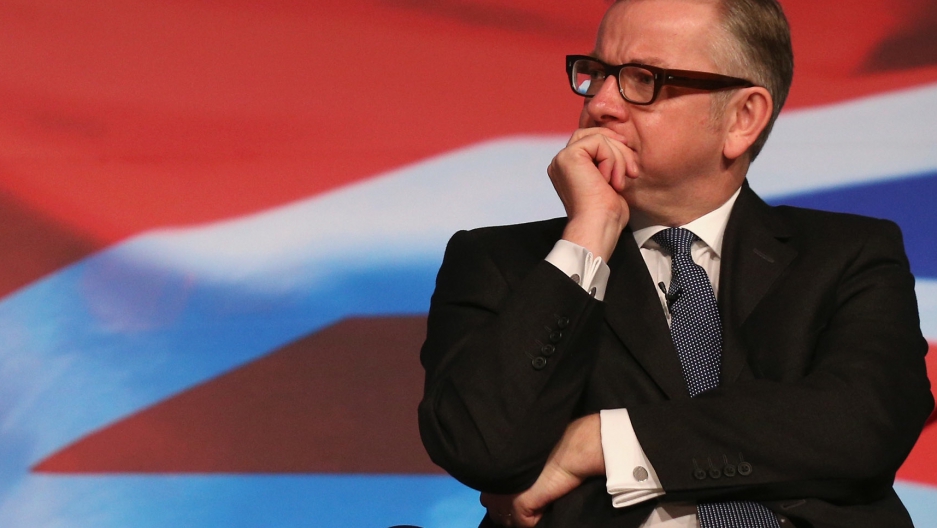 LONDON, UK — Every political journalist — reporter, opinion columnist or editorial writer — has been told at one time or another by an exasperated politician: "If you think you can do better, why don't you get into politics!"

A word of warning to politicians everywhere: Be careful what you wish for!

Britain is currently run by a bunch of ex-journos — and look at the state of the nation. The country has endured a double-dip recession in the last eighteen months and will be lucky to crack 1 percent GDP growth this year.

The governing coalition of Conservatives and Liberal Democrats is floundering in its attempt to get a handle on policies to revive the economy. The opposition Labour Party has yet to present its own coherent plan for growth, deficit reduction and creating something more than part-time work.

During these times of trouble, much has been made of the fact that virtually all the top cats in British politics attended Oxbridge — Oxford or Cambridge universities — during the 1980s. But that may not be the real reason the country is going to the dogs.

It's what those folks did after they graduated that gives pause.

Many of them became journalists. It's the only "real world" job they had before getting into politics. Speaking as someone who has committed journalism for almost a quarter of a century, that makes me very, very nervous.

Among Conservative members of the cabinet, Chancellor of the Exchequer George Osborne tried and failed to get a "traineeship" with The Times. Such paid apprenticeships are usually steppingstones to staff jobs, and they almost always go to Oxbridge graduates. The fact that he didn't get one speaks volumes about the chancellor. But what he did next also tells you a lot about the man.

Undeterred, Osborne rolled up his sleeves and got a job at The Daily Telegraph instead writing anonymous political gossip items. A journalist friend lined him up with his next job — as a researcher at Conservative Party headquarters.

Osborne may look enviously at Education Secretary Michael Gove, who’s frequently mentioned as a possible successor to Prime Minister David Cameron. If a newspaper job has become the main criterion for a fast-track career in politics, Gove is the real deal.

After finishing Oxford, he worked for a provincial paper in his native Scotland before being hired by The Times to write "leaders," as editorials are called here. He wasn’t yet 30. For the next seven years, he filled a number of real jobs around the paper, establishing himself as the most important conservative pundit in the country before being elected to Parliament.

Cameron didn't work in journalism, but he did have a job in the allied trade of public relations as head of corporate communications for the television company Carlton. Before that, he had worked on media strategy for then-Prime Minister John Major.

Cameron was a spinner rather than one of the spun, which may explain why he's in charge.

It should also be noted that the man whom many Conservatives would like to see challenge Cameron is London Mayor Boris Johnson, a former editor of The Spectator and still a columnist at The Daily Telegraph.

The Liberal Democrat deputy prime minister, Nick Clegg, also tried his hand at journalism. After graduating from Cambridge, he worked at The Nation magazine as fact checker for the late Christopher Hitchens. He briefly joined the Financial Times before getting into politics via work at the European Union.

It's not much different over in the Labour Party. Leader Ed Miliband's first job after leaving Oxford was as a researcher on the Channel 4 current-affairs program A Week in Politics.

Ed Balls, shadow chancellor of the exchequer, worked as lead economic correspondent for the Financial Times for four years.

His wife, shadow Home Secretary Yvette Cooper, was a reporter for The Independent.

Now this is not a new thing in Britain, where there’s a long history of journalists and writers getting into politics. Back in the 19th century, Benjamin Disraeli supported himself as a man of letters seeking to turn the Tories into a more representative party before he became prime minister. Winston Churchill was a war correspondent before he entered parliament.

But there’s never before been such a concentration of ex-hacks at the top of British politics. That none of them have any real experience of the world outside media and politics — not military service, a few years practicing law, running their own businesses or even working as executives in major companies — goes a long way toward explaining why the government deals in dogma and not pragmatism. Its members know only what their narrow lives have taught them.

At a time when Britain is in previously uncharted waters in terms of how the global economy works, a bit of pragmatism bred from broader life experience would be more valuable at the top of government.

However, thinking about what a mess the current crop of crossover journalists is making in Britain makes me wonder whether American reporters and columnists could do better if they were to make the transition into politics and government.

One old colleague of mine has already made the switch: Samantha Power, currently on the National Security Council and in the frame to replace Susan Rice as America's UN Ambassador. But Samantha went to law school and taught at university between her transition from war correspondent to civil servant.

One hesitates to list who else among American reporters could make the shift. Can you see Thomas Friedman in Foggy Bottom as secretary of state? Special envoy to the Middle East? Maybe education secretary? He could have some fascinating conversations with Britain's Gove.

If a Republican ever wins the White House back, perhaps Charles Krauthammer could do the Middle East envoy thing. At least the Arab world would know exactly where it stands.

Bob Woodward for CIA director? He knows more secrets than most spies.

Maureen Dowd in the House of Representatives to balance Michele Bachmann?

More from GlobalPost: British look in the mirror, shocked by what they see

One of the problems in this exercise is that the American political media are so heavily concentrated around Washington, which has only one representative in Congress and no senators. Which member of the Beltway press corps could successfully run for that office? It would make for a helluva primary.

NPR's Scott Simon could go back to Illinois and run for Senate. He'd be taking a pay cut, but I can imagine Simon and his would-be colleague Al Franken making a highly amusing double act in debates on entitlement reform.

Or maybe it's best for the United States to maintain this bit of difference with the old country and leave the politics to the pols and the punditry to the pundits.