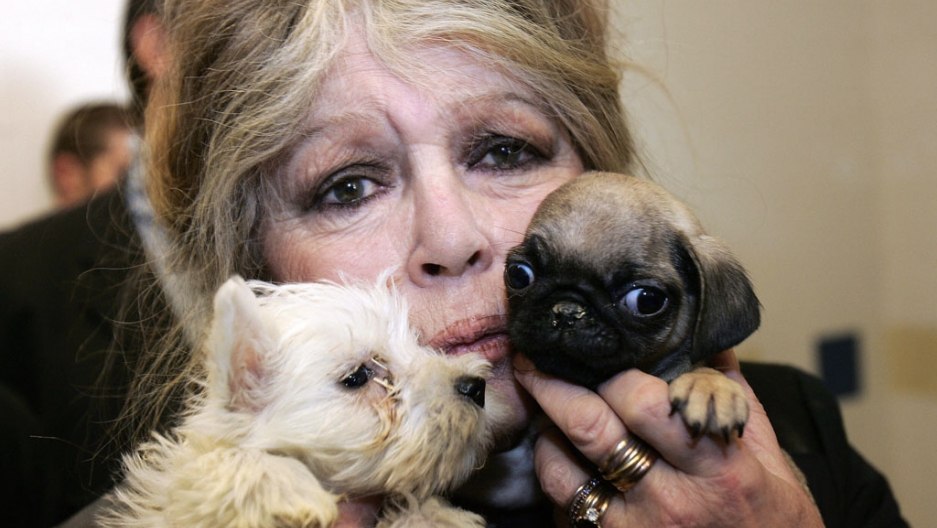 But for Bardot, elephants — not taxes — are making her contemplate a move north.

“If those people in power are cowardly and impudent enough to kill the two elephants Baby and Nepal … then I have decided to ask for Russian nationality in order to escape this country which has become nothing but an animal cemetery,” Bardot told Agence France-Presse.

Baby and Nepal are 40-year-old elephants suffering from tuberculosis. Handlers at the Lyon zoo say their condition threatens other animals, and they need to be destroyed.

Healthy elephants can live to 70 years old, but they also suffer from diseases familiar to humans such as TB, cardiovascular disease or arthritis.

Since giving up acting, 1960s-era sex symbol Bardot has turned to animal activism as well as offering (often unsolicited) her extreme views on immigration, unemployment and homosexuality.

Courts have convicted Bardot of incitement five times in 11 years, most recently for inciting religious hatred in 2008 for distributing a flyer critical of the Muslim holiday of Eid al-Adha and the ritual slaughter of sheep and cows.

A petition to save the elephants had almost 78,000 signatures by noon Friday.

“Yes, I filed a passport application and I am pleased that it was accepted. I love your country, Russia — its people, its history, its writers,” Depardieu said in The Telegraph.

“I told [Francois Hollande] that Russia was a great democracy and that it wasn’t a country where a prime minister would call a citizen pathetic.”

Depardieu is best known for his roles in "Cyrano de Bergerac" and the 2000 version of "Les Miserables."