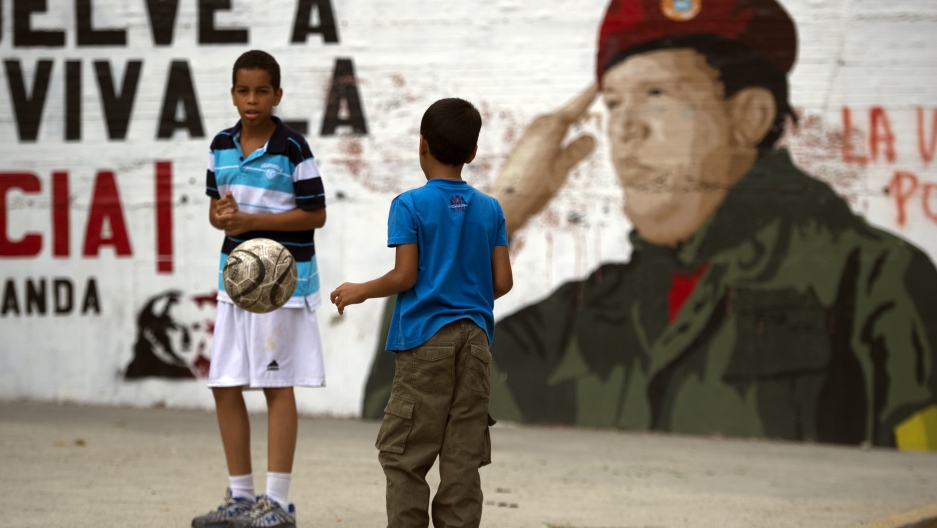 Venezuelan President Hugo Chavez's unknown health condition continues to confound his oil-rich country and those watching it, with speculation and rumors abounding.

It didn't help that a right-wing Spanish newspaper, ABC, reported the cancer-stricken president is allegedly in an induced coma and doctors in Havana could pull the plug on his alleged life support at any moment. That questionable, anonymously sourced information is virtually impossible to verify. Chavez's loyal deputy, Vice President Nicolas Maduro, insists the president is conscious and aware of his state.

It's just not clear what that state is.

Venezuelan opposition groups, who lost big in October's presidential race and the regional elections in December, are complaining the Chavez administration is keeping the country in the dark on his condition.

Meanwhile, one observer, the US government, has been mostly mute on the subject.

On Wednesday, a daily press briefing by the State Department offered little clarity into Washington’s thinking.

I wondered how closely the United States is monitoring the health of President Chavez ...

"Well, we’re obviously following the reports of his health, but they are based on Venezuelan government information. So ..."

And I wonder if you feel that relationships with Venezuela might be slightly easier if Mr. Chavez, for whatever reason, were no longer in the picture.

"... I think the question becomes if there is a circumstance where he is no longer able to exercise his duties, we want to see any transition take place in a manner that is consistent with Venezuela’s constitution; that any election be fully transparent, democratic, free, and fair, including the environment for such an election; and obviously, we will judge our ability to improve our relationship with Venezuela based on the steps that they are able to take."

How would you characterize your relationship with Venezuela at the moment?

"I don’t want to put an adjective on it, Jo. I think you know that we have been trying for some time to improve things, but that has proven difficult. So — please."

Update: On Thursday, reports offered more muddled messages out of the State Department about Venezuela. Washington denied meddling in a possible Venezuelan government transition, according to Agence France-Presse. But spokeswoman Nuland acknowledged the US government is in contact with "Venezuelans from across the political spectrum."

"There's no 'made-in-America' solution here," AFP reported Nuland saying. "This has to be something that Venezuelans have to do."