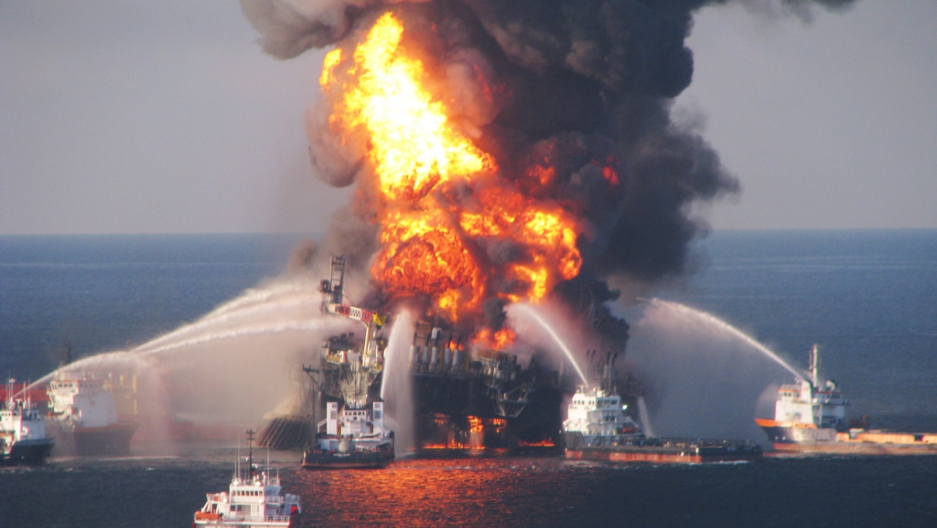 Fire boats battle a fire at the off shore oil rig Deepwater Horizon April 21, 2010 in the Gulf of Mexico off the coast of Louisiana. Transocean, the company that owned the oil rig, will pay a $1.4 billion fine, the Justice Department said on Jan 3, 2013.
Credit: U.S. Coast Guard
Share

Transocean, the offshore drilling firm that owned the Deepwater Horizon oil rig, will pay $1.4 billion in fines and penalties for the 2010 oil spill in the Gulf of Mexico, the Justice Department said on Thursday.

A Transocean subsidiary also agreed to plead guilty to one criminal misdemeanor charge for violating the Clean Water Act. The company is set to pay $400 million in criminal penalties, which will be distributed between the National Academy of Sciences and the National Fish and Wildlife Foundation.

Transocean will also pay $1 billion in fines for violations of the Clean Water Act.

The explosion in April 2010 killed 11 workers and triggered the largest oil spill in US history.

"This is a positive step forward, but it is also a time to reflect on the 11 men who lost their lives aboard the Deepwater Horizon," said Transocean in a statement. "Their families continue to be in the thoughts and prayers of all of us at Transocean."

In November, BP agreed to plead guilty to criminal charges in connection with the accident, and paid $4.5 billion in government penalties, CNNMoney noted.

Attorney General Eric Holder said the settlement "brings us one significant step closer to justice for the human, environmental and economic devastation wrought by the Deepwater Horizon disaster," according to USA Today. "This agreement holds Transocean criminally accountable for its conduct."