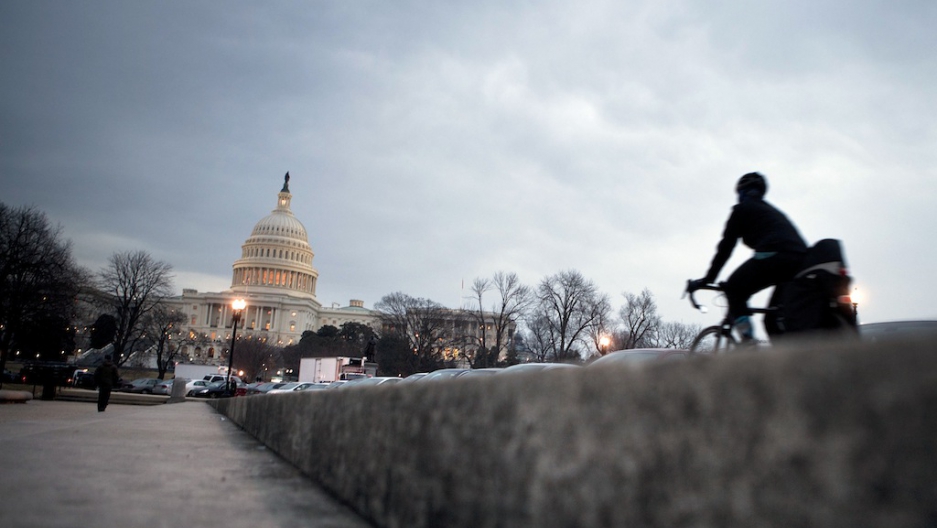 A biker rides toward the Capitol Building's rotunda before the State of the Union address on Capitol Hill January 25, 2011 in Washington, DC.
Credit: Brendan Smialowski
Share

It's a brand new day on Capitol Hill. The 113th Congress is sworn in taking office after two extremely unproductive years.

While Democrats maintain control of the Senate 55-45, Republicans continue their majority in the House 235-199.

According to The Ticket, there are 12 new senators, eight Democrats, three Republicans and one independent, and 82 new representatives in the House, 47 Democrats and 35 Republicans.

This session also holds a record number of women— 20 in Senate and 81 in the House— and will be the most racially diverse ever. For the first time ever, the House will have a Hindu representative and the Senate will have its first Buddhist Senator.

However, the new Congress has a lot of old problems to tackle, starting after what pundits have dubbed two incredibly unproductive and caustic years.

Too bad the new Congress has to deal with a lot of last year's problem. One of the first orders of business? Addressing the massive aid package for Superstorm Sandy victims. A $60 billion measure was scrapped late Tuesday by House Speaker John Boehner in the wake of the fiscal cliff bill vote, much to the chagrin of politicians in New York and New Jersey.

And that's not all. There's three potential crises in the making in the next three months that Congress will have to work out.

This time, though, Obama has warned Congress clearly that he's not willing to tolerate the brinksmanship.

"While I will negotiate over many things, I will not have another debate with this Congress over whether or not they should pay the bills that they've already racked up through the laws that they've passed," he said before leaving Washington for Hawaii.