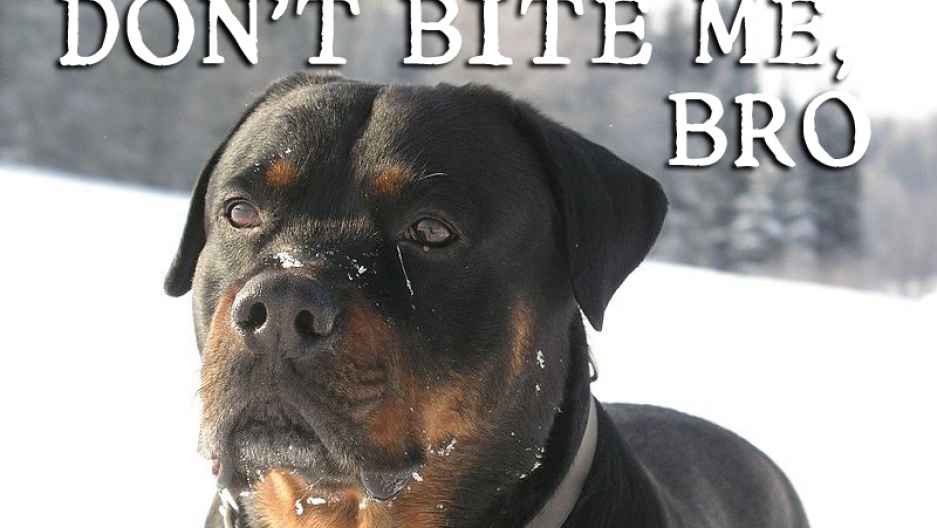 TAMPA — In a singularly bizarre attack, a naked 20-year-old man was shot in the foot early Wednesday after he broke into a Miami backyard and began choking the owner's Rottweiler, the Miami Herald reported.

Jeffery Delice hopped a fence into the Miami backyard and began choking the dog, whose yelps alerted the owner. The owner grabbed a gun and rushed into the backyard.

Delice than began attacking and biting the dog's owner, who shot him once in the foot — which didn't compel Delice to stop the attack, according to the Herald. The homeowner reportedly had to pin down the wounded Delice until police arrived.

According to the Miami paper, Delice will be charged with counts ranging from "assault, resisting arrest with violence, to lewd and lascivious behavior and animal cruelty."

AP reports that Delice does not appear to cooperating with authorities.

It's unknown what caused Delice's bizarre rage. He has never been convicted of a previous crime, although he was charged with the possession of marijuana last year.

This isn't the first naked-man-attacks-dog story in recent months (a reality that may prompt some questioning of human nature).

In September, a nearly-nude man bit a dog in Toronto, said the Toronto Star, forcing police to take him into custody. The dog was fine.

Miami made international news in 2012 when a homeless man's face was chewed off in a horrifying cannnibal attack on an overpass, prompting a major crackdown on the amphetamine-like drug known as "bath salts," widely believed to be responsible for the violence.

However, analysis of the remains of perpetrator Rudy Eugene, who was killed by police, found that he hadn't taken the substance at the time of the assault— indicating that the origin of such disturbing attacks may be more complicated than some would like to believe.