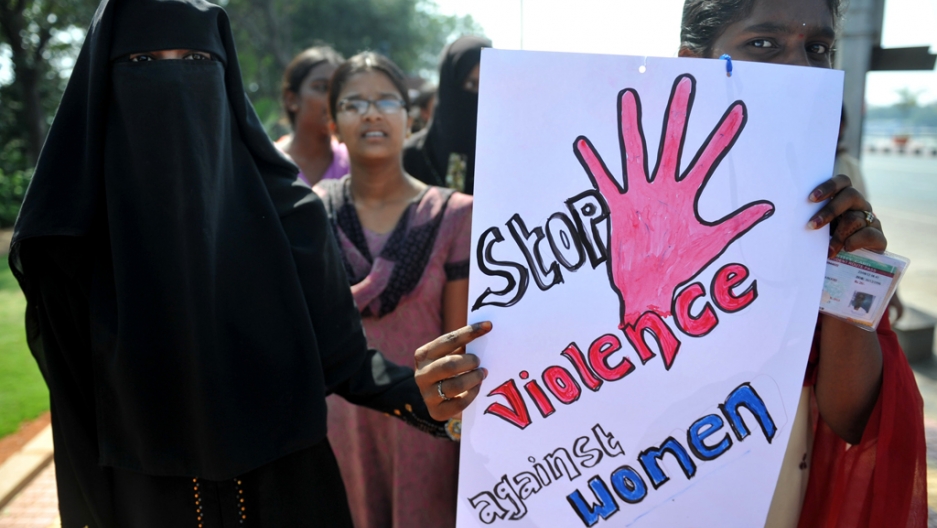 Indian students of various organizations hold placards as they shout slogans during a demonstration in Hyderabad on January 3, 2013.
Credit: NOAH SEELAM
Share

Reports of a man beheading his sister in an apparent honor killing in India have garnered attention recently.

On Dec. 7, 29-year-old Mehtab Alam dragged his sister out onto the street, cut off her head in one stroke and walked to a police station with her head in his hand. The Times of India said it was the first honor killing to happen in Kolkata in decades.

At 11 a.m., the duty officer at Nadial police station jumped to his feet in horror as he saw a young man walk in with the macabre exhibits. Before he could find the words to alert his colleagues, Mehtab put the sword and the head on his table, pulled up a chair and told him that he was ready to be arrested for murdering his sister, 22-year-old Nilofar Bibi. He told the duty officer to "seize the head as evidence", say sources.

The aftermath of the horrific scene was all caught on video. Mehtab said he killed his sister Nilofar for "running off with a lover and dishonoring the family," according to sources. Nilofar, who had been married for eight years, had run away from her in-laws and was reportedly living with a former lover.

An investigating officer told The Times of India, "Somehow, he has started believing that he sacrificed his sister for the bigger purpose of saving his family from dishonor. So, he is the last man to believe that he has committed a medieval, barbaric act."

Al Jazeera noted, "In a country currently caught up in collective outrage over a gang rape of a medical student in New Delhi, Bibi's killing registered only a passing reference in the national media."

However, the case only highlights the prevalence of violence against women in multiple forms.

The BBC said there are not statistics on the number of so-called honor killings across India, but according to a recent study "hundreds of people are killed each year for falling in love or marrying against their families' wishes."

A United Nations study in 2000 estimated that more than 5,000 such honor killings happened worldwide every year, according to Al Jazeera. The National Commission for Women in India said it investigates between 70 to 80 possible cases a month.

Last year, India's Supreme Court ruled that those guilty of honor killings should face the death penalty, the BBC reported.