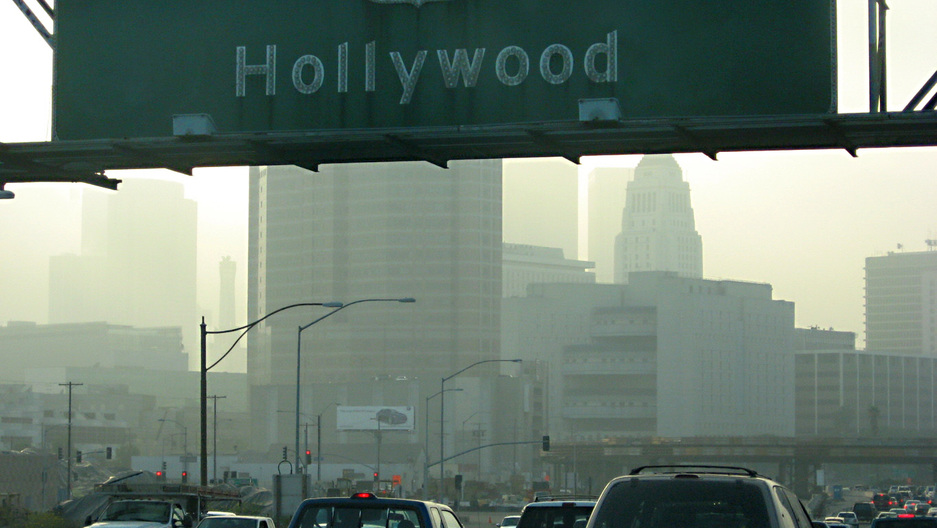 California is on the verge of implementing a new cap and trade system that will require some 350 companies to begin paying for the carbon dioxide they emit.

Felicity Barringer, national environmental reporter for the New York Times, says this law is one of many plans California is using to try and get their greenhouse emissions down. The first cap and trade program began in New England and only covered electric utilities. But the California program will cover industries all across the economy.

“There are hundreds of companies involved, there are millions of workers involved and the mechanism they use is to give out a certain number of allowances to every factory covered by this program, and then allow a market to be created,” she said.

Companies will be allowed to trade these allowances, Barringer said. More energy efficient companies, those that emit less carbon dioxide, won’t necessarily need all of the allowances they’re given — meaning they can get a financial advantage.

“Companies that are less efficient may find that the allowances they are given are not going to cover their emissions,” she said. “Effectively you have people (companies) ... able to gain money by selling allowances. And the less energy efficient having to spend money by buying allowances.”

But for companies like tomato processors, including The Morning Star Company, they’ll have to find and pay for new allowances to cover their emissions, Barringer said. And potentially they’ll pass that cost onto consumers.

”They certainly understand that innovation is one option, but Morning Star, like many California companies, has been subject to energy efficiency requirements that long predated the law that takes effect in terms of cap and trade,” she said.

However, the companies who have been innovating prior to the new law, Barringer says, see this law as difficult for them. They want to receive credit for what they’ve already done.

California, Barringer says, is supposed to be the beacon in the wilderness leading other regions in this country to work on reducing carbon by making it expensive, forcing innovations, and creating new industries. And California knows, she says, that every single piece of the complicated policy is being looked at — so if it fails, it’s a disaster.

Global warming is a worldwide problem, Barringer says, and California could loses businesses if they fail to meet the cap and trade requirements.

In policy circles everything is riding on those who support cap and trade, Barringer says. And the California Air Resources Board has been tasked with getting emissions reduced to 1990 levels by 2020 — without hurting California’s economy.

Barringer says it’ hard to predict whether the new measure will produce jobs, because there have been both successes and failures for energy efficient companies.

"You don’t know exactly when the new jobs are going to come in or if they’re going to come (into) California,” she said. “I think there is a widespread belief that there will be new jobs created but it’s not clear exactly where or exactly how fast. And whether they will make up for jobs potentially lost.”