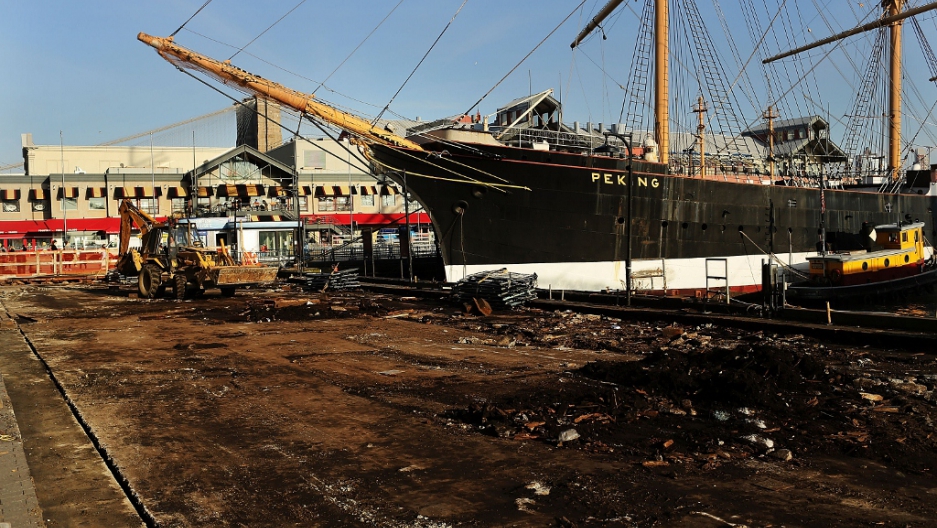 House Republican leadership has decided to adjourn before taking up the Hurricane Sandy relief package that arrived from the Senate, infuriating local lawmakers from both parties.

The bill, which would bring $60.4 billion in relief and other stimulus to the eastern seaboard states devastated by Sandy, now appears to be DOA.

Rep Peter King, a Republican from Long Island, is furious. "Absolutely inexcusable," he told CNBC, "absolutely indefensible. We cannot just walk away from our responsibilities."

Later, on CNN, King said: “They’re in New York all the time filling their pockets with money from New Yorkers. I’m saying right now, anyone from New York or New Jersey who contributes one penny to congressional Republicans is out of their minds. Because what they did last night was put a knife in the back of New Yorkers and New Jerseyans. It was an absolute disgrace.”

Michael Steel, a spokesman for Speaker John Boehner, has said that the bill would come to the floor later this month, when the 113th Congress begins.

That means, however, that weeks of work will have been for nothing. The Senate was able to pass the bill with little trouble, although the package came under fire because of several unrelated expenditures in the package.

This failure to pass a bill — which will force Congress to go back to square one in the next session — has infuriated other New York lawmakers as well. Here's what they had to say:

Sen. Kirsten Gillibrand (D-NY): "I couldn't be more frustrated by the partisan paralysis in Washington."

Sen. Chuck Schumer: "Speaker Boehner's failure to allow vote on Sandy bill is a disgrace and leaves NY residents without crucial aid to recover and rebuild."

Rep. Eliot Engel (D-NY): "This is an absolute disgrace and the speaker should hang his head in shame."

Rep. Michael Grimm (R-NY): "It is the wrong decision, and I'm going to be respectful and ask that the speaker reconsider his decision. Because it's not about politics, it's about human lives."

Rep. Gregory Meeks (D-NY): "We need to be there for all those in need now after Hurricane Sandy."

Rep. Tim Bishop (D-NY): "In their hour of need, the Republican leadership has just walked away."

Rep. Eric Cantor's office has not yet responded to Business Insider's request for comment.