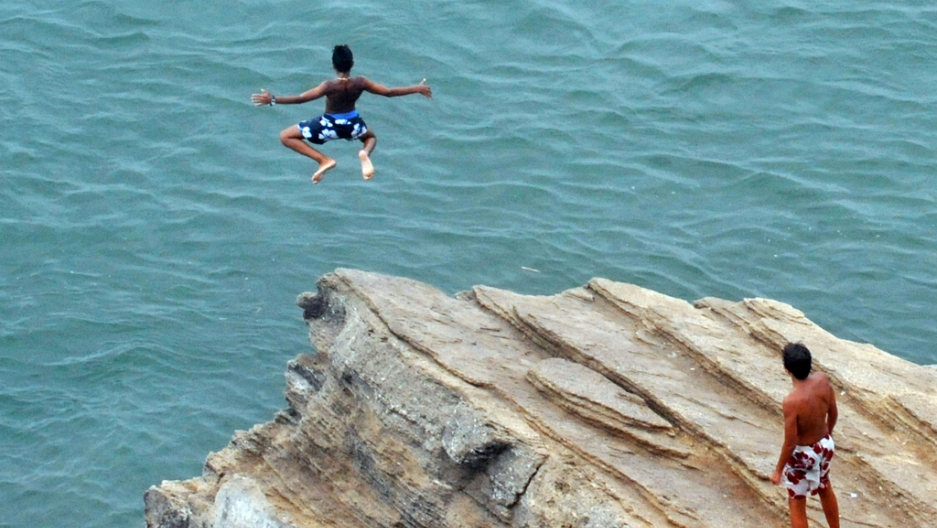 Coined by Fed Chairman Ben Bernanke, “fiscal cliff” refers to a series of draconian tax increases and spending cuts scheduled to take effect at the start of 2013.
Share

Though lawmakers have finally passed a solution to stop the United States from plunging over the dreaded fiscal cliff, a few more cliff-like deadlines remain on the horizon, promising to keep Washington — and political gridlock — in the news.

Here are the three deadlines you should know about, all of which will hit before the end of the first quarter.

The debt ceiling: It may have been overshadowed by the threat of fiscal cliff tax hikes and spending cuts, but US debt hit its legal borrowing limit ($16.4 trillion) on Monday. That gives Congress only about two months before it must raise the debt ceiling or risk causing the government to default on its financial obligations. Though Treasury Secretary Tim Geithner bought the US some time, allowing the Treasury to go through $200 billion of extra borrowing, with the United States' current spending habits, government coffers will probably run dry by late February or early March.

Here's the kicker: The last time this happened (in 2011), the country came within days of default, and S&P downgraded the federal government's credit rating for the first time ever. Considering that the US missed the treacherous sounding fiscal cliff deadline by two entire hours, let's hope for some good news.

The sequester: Part of the initial fiscal cliff negotiations, the sequester is a series of automatic cuts which will reduce the budgets of most federal agencies by eight to 10 percent. Though the just-passed deal staves off the effects for another two months, Congress only has until March 1 to propose another solution.

The proposal for the sequester cuts came during the epic 2011 fight over the debt ceiling (see above). The move was made as a way for Congress to blackmail themselves into coming up with a smarter way to reduce the government's deficits. Instead of resolving the issue while negotiating the fiscal cliff, however, Congress opted to give itself a deadline extension of two months.

The kicker: If the cuts do actually come into play, they would "would have a devastating impact on important defense and nondefense programs," according to the White House budget office, potentially pushing the country back into recession by pulling so much money out of the economy.

The unresolved US budget: Every fiscal year, the US government is supposed to enact a new budget. However it's been years since they've met their deadline of Oct. 1. Instead, Congress has started a nasty habit of relying on "continuing resolutions." These are essentially a fancy band-aid for the government's budget woes, CNN Money explained.

The current continuing resolution, which gives federal governments its funds and extends the federal pay freeze ends on March 27.

The kicker: Unless it wants a repeat of 2011, when the government came close to shutting down entirely, Congress will have to pass another continuing resolution to patch us through the fiscal year.