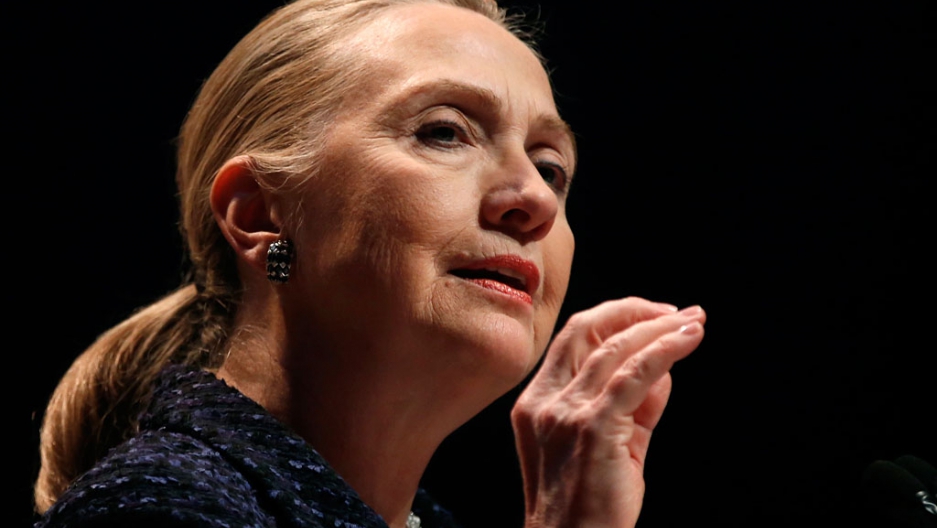 US Secretary of State Hillary Clinton delivers a speech in Dublin, Ireland, on Dec. 6, 2012. While battling a stomach virus, Clinton fainted and received a concussion on Dec. 15, 2012. She's recovering from home.
Credit: AFP
Share

Talking Points Memo is reporting that Secretary of State Hillary Clinton will testify on the Benghazi attacks once her health improves.

"Secretary Clinton has made clear that she will testify and I think that's a good idea," Sen. Joe Lieberman said during a news conference Monday.

Lieberman also said that the Senate Committee on Homeland Security received thousands of pages of documents from the State Department, and that they offer "no evidence of direct responsibility" regarding Clinton on the issue of denying requests for increased security funding at the Benghazi facility.

GlobalPost previously reported on Clinton's health issues, most recently a blood clot that stemmed from a concussion she suffered earlier this month.

Many politicians have been very vocal on the issue of the Benghazi attacks, including Republican Sen. Marco Rubio.

"Last month, while on a trip to Peru, Secretary Clinton said she that she took full responsibility for the events in Benghazi. I take her at her word," Rubio wrote in an op-ed for Fox News. "As the nation’s top diplomat, she should therefore appear before the Senate Foreign Relations Committee in both open and classified hearings."