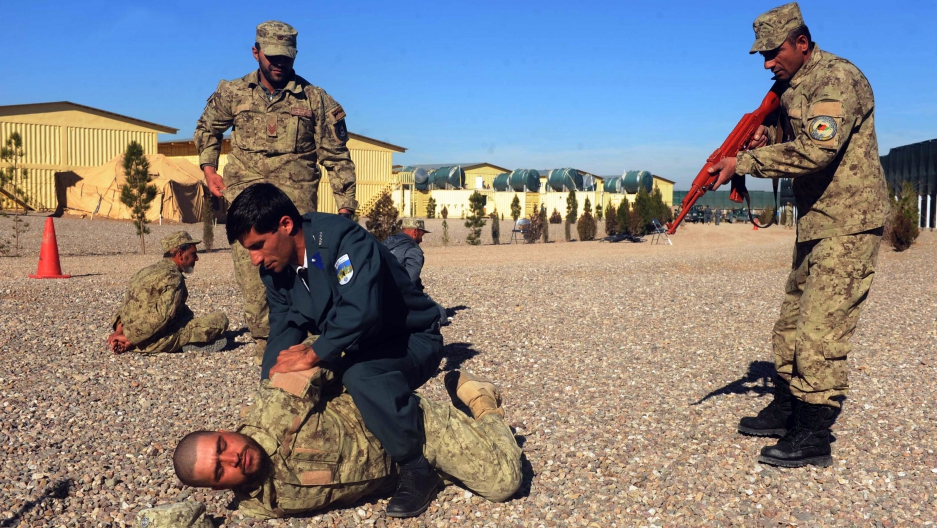 Afghan soldiers died at a record number in 2012, a sharp jump from a year earlier.
Credit: Aref Karimi
Share

Afghan soldier deaths jumped sharply in 2012 setting a record for most deaths in a single year since the beginning of the war.

The New York Times reported that Afghan National Army deaths have often been higher than international forces, but the new numbers show how wide that margin has become.

More from GlobalPost: Afghanistan car bomb kills 3 outside US base

As NATO forces scale down for the 2014 exit, Afghan soldiers have begun taking more frontline roles in the war against the Taliban.

The Afghan National Army has swelled in ranks over the last several years to nearly 200,000.

The New York Times pointed out that the numbers reveal a bigger role for the Afghan army but also questions about whether it is able to handle greater responsibility when international troops leave.

It is said that the government is forced to replace one third of its troops every year.

There has also been an increasing number of insider attacks of Afghan soldiers killing their NATO trainers.