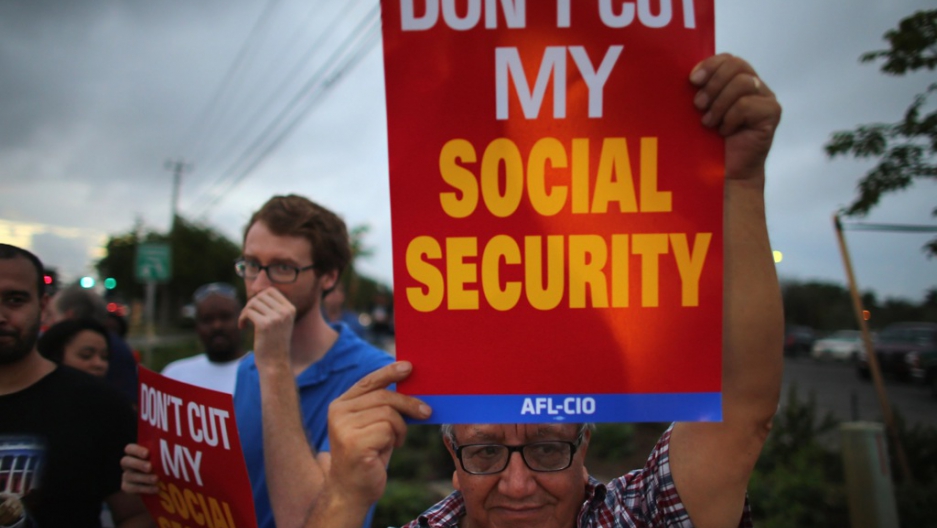 The latest buzzword around Washington is "chained CPI," a concept that some Republicans and Democrats are touting as a possible solution to the stalemate in fiscal cliff negotiations.
Credit: Joe Raedle
Share

With a self-imposed 3pm deadline to solve the nation's financial problems, the 'fiscal cliff' negotiations hit a "major setback" on Sunday, according to Democratic sources.

A source told ABC that the argument came after Republicans offered a proposal that included changes to how Social Security benefits are adjusted for inflation.

The method, called the "chained consumer price index," or Chained CPI, would lower cost of living increases for Social Security recipients by raising the payments at a lower rate than inflation.

"We thought it was mutually understood that it was off the table for a scaled-back deal," an aide said. "It's basically a poison pill."

Speaking from the Senate floor Sunday afternoon, Senate Majority Leader Harry Reid (D-Nev.) said that the negotiations had reached a standstill and that "at this stage we are not able to make a counteroffer," reports The Hill.

"I will say that the Republican leader has shown pretty good faith, but we are apart on some pretty big issues," Reid said.

But he added, “we’re not going to have any Social Security cuts." “It’s just doesn’t seem appropriate at this time."

President Barack Obama placed much of the blame for the failed negotiations on Republicans in Congress, reports CNN.

President Obama has even considered the idea of chained CPI as part of a grand bargain, despite it being "highly unpopular among Democrats" and opposed by the AARP.

"In pursuit of strengthening Social Security for the long term, I'm willing to make those decisions," he told NBC.