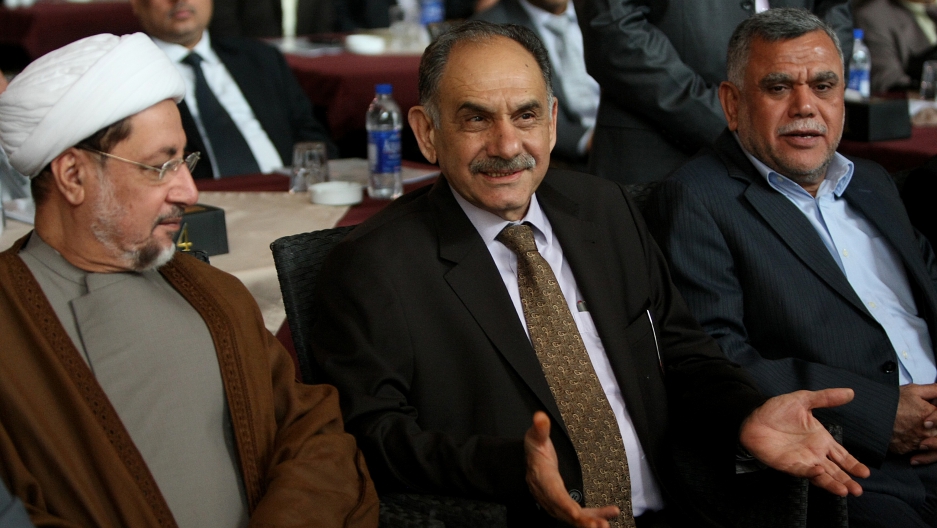 At least two people were wounded by gunfire at a protest near the city of Ramadi in western Iraq today after the crowd began menacing Deputy Prime Minister Saleh al-Mutlaq, who’d made an unannounced appearance at the rally, the Associated Press reported.

Al-Mutlaq’s bodyguards fired shots to scatter the protesters as the crowd shouted insults at the Sunni politician and called on him to quit the majority-Shiite government, Voice of America reported. It is not known if the injured protests were shot intentionally or accidentally.

Video of the chaotic scene showed hundreds of angry protesters chasing the official’s entourage, pelting them with rocks and bottles as repeated automatic gunfire rang out.

The injuries were the first in more than a week of daily protests by minority Sunnis who are demonstrating against what they say is discrimination by the Shiite-dominated government of Prime Minister Nouri al-Maliki, the AP reported.

The mass protests were prompted by the arrest of the Sunni finance minister Rafia al-Issawi’s bodyguards by government security forces earlier this month, VOA reported.

Anbar provincial councilman Sheik Efan Saadoun explained to the AP why protesters in Anbar are angry with their government leaders.

“They consider them to be conspirators because they have not seen anything from them in terms of improved public services and living standards,” he said. “They are fed up with us and the whole the political process, but they don’t know how difficult it is for us to get anything for them from a government that doesn’t work properly.”