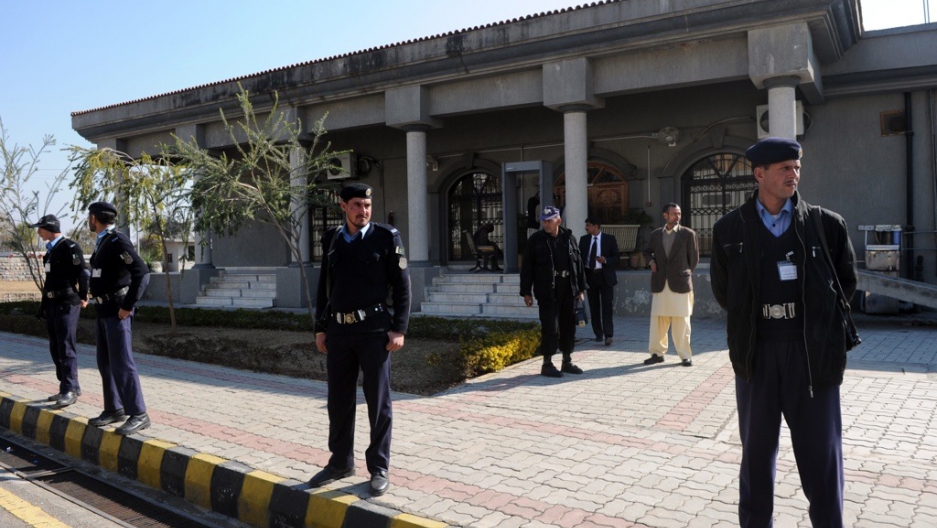 KARACHI, Pakistan — Ten years ago, Mohammad Ajmal was arrested in Karachi for the murders of 38 men. The murders, all committed in the Pakistani province of Sindh, were neither his first nor his last offenses.

Ajmal, better known in Pakistan by his alias, Akram Lahori, had been systematically killing Shiite Muslims since 1996, when he founded Lashkar e Jhangvi, a militant organization with ties to Al Qaeda and the Pakistani Taliban.

Today, inside Karachi Central Jail, Lahori waits once again to hear the date of his impending trial, one that has been heard, postponed and rescheduled multiple times.

Pakistan’s courts value testimonies from eyewitnesses above all else. And, in this case, two of the three witnesses have disappeared. The third turned hostile.

Disappearing witnesses have become so common that during its last parliamentary session, the Sindh government moved to consider a witness protection bill that would provide eyewitnesses with sanctuary and relocation so they could testify safely. For Lahori’s victims, however, the bill might come too late.

When he was first arrested in 2002, the six-foot tall Lahori proudly told investigators that he was also responsible for killing another 30 Shiites in Punjab.
The confession, though, meant little to Pakistan’s courts.

Since then, Karachi’s high court has acquitted Lahori in several cases of sectarian killings, citing a lack of evidence and witnesses. Though he awaits verdicts from Karachi’s anti-terrorism courts, people familiar with Lahori’s case say chances are that the confessed criminal will be set free.

Family members of Lahori’s victims say they have little hope of seeing any sort of justice executed by Pakistan’s legal system. They cite the now infamous acquittal of Malik Ishaq, another founding member of Lashkar e Jhangvi, last July. Authorities accuse Ishaq, long heralded as Pakistan’s most dangerous terrorist, of masterminding the attack on the Sri Lankan cricket team in 2009.

While he was detained, Ishaq told reporters and jail wardens that he was personally responsible for the murders of 102 men. However, the Supreme Court of Pakistan released Ishaq after holding him for 14 years, pointing to an acute lack of eyewitnesses in the case.

“I couldn’t believe that they set him free,” said the wife of one of Ishaq’s victims. “There is no doubt in anyone’s mind that he committed those crimes, murdering people just for not being in the same religion. Now he’s free to wander Lahore’s streets anyway.”

Activists and top-level politicians in Pakistan say that the cases of Lahori and Ishaq aren’t unusual. In Karachi’s anti-terrorism courts, where the conviction rate hovers around 26 percent, the number one reason for acquittals is the lack of witnesses.

The new witness protection bill might help — a little. Presiding over a meeting in Karachi in November, President Asif Ali Zardari acknowledged that a lack of witness testimony was hindering effective prosecution, and specifically directed the Sindh government to work on legislation that guarantees witnesses’ safety.

The Sindh government has already set aside $10,000 for the program, which has been modeled on current laws in other countries, and aims to protect witnesses and their families so that they can record their testimonies in court.

The bill isn’t a silver bullet, however. The prosecutor general of Sindh, Shadat Awan, along with many criminal lawyers, is quick to point out that a witness protection program can only work if the other existing problems are also worked out.

“It would pay to invest in improving the capacity of the police,” said Awan, who recommended providing them with legal education. He and other criminal lawyers explained that often police evidence is not admissible in court because their reports are full of errors, and evidence has often been tampered with.

Others worry that the regional basis for the bill will get the country’s abysmal law and order situation under control only temporarily.

“It’s not just vital for Sindh or Karachi alone,” said Sharfudeen Memom, a consultant with the Sindh Home Department. “It should also be established all over Pakistan.