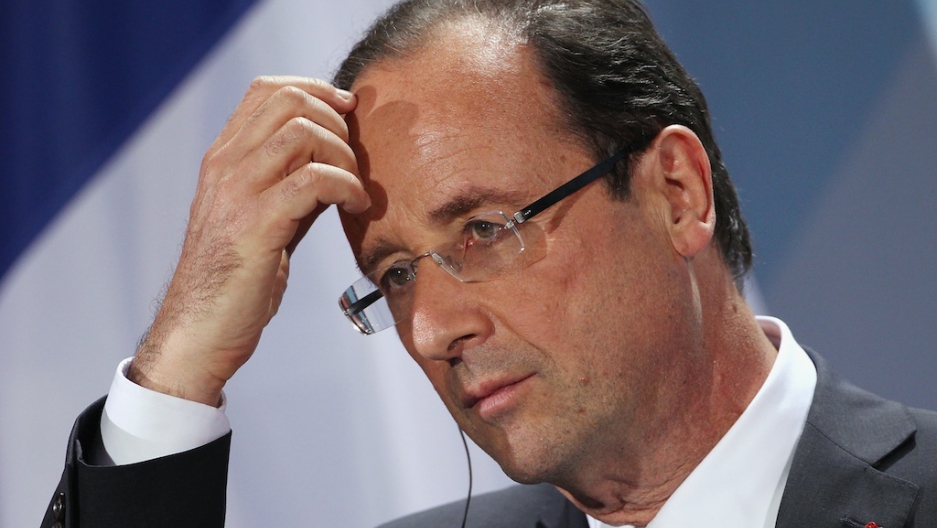 French President Francois Hollande and German Chancellor Angela Merkel (not pictured) speak to the media following talks at the Chancellery hours after Hollande's inauguration in Paris on May 15, 2012 in Berlin, Germany.
Credit: Sean Gallup
Share

The Constitutional Council declared on Saturday that the reform represented a "breach of equality of taxes," France 24 reported.

The council objected to the fact that, unlike other forms of income tax in France, the new levy would be applied to individual earnings, not total household income.

As France 24 explains it, that means that a married couple in which one partner earned more than €1 million ($1.3 million) per year would have to pay at the increased rate, whereas two partners who each earned just under €1 million wouldn't.

Hollande's Socialist government can easily rework the proposal to comply with the council's ruling, the BBC said, and indeed Prime Minister Jean-Marc Ayrault has already pledged to do so.

The setback is nonetheless seen as an embarassment for Hollande, who made raising taxes on France's top earners the flagship of his election campaign earlier this year.

It was a chiefly symbolic promise. According to Radio France International, if the 75-percent tax bracket is introduced it will be only for two years, and apply to only around 1,500 French taxpayers.

The planned reform has nonetheless made Hollande some prominent enemies among France's richest people.

Perhaps most publicly, millionaire actor Gérard Depardieu has threatened to give up his French citizenship and decamp to Belgium if he is forced to pay at the new rate.

More from GlobalPost: French say "Get lost, you rich jerk!"