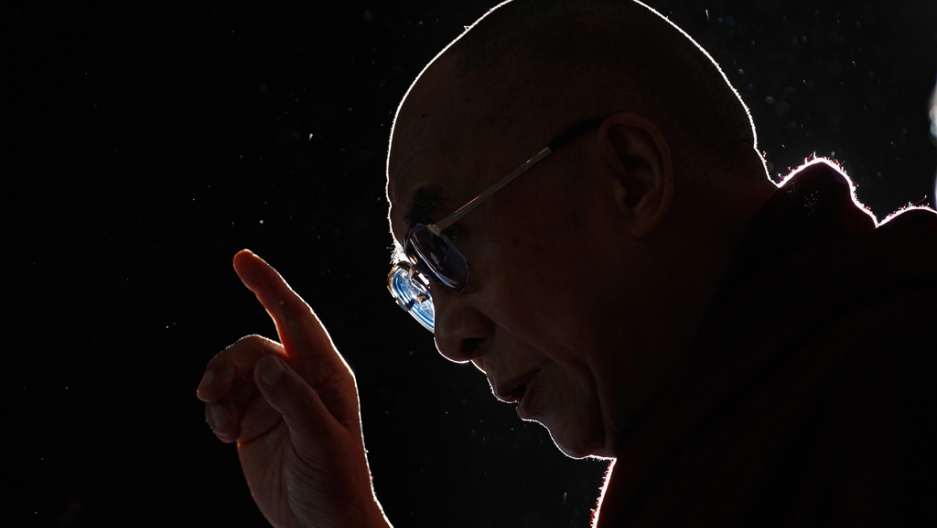 The Dalai Lama at The Lowry Hotel on June 15, 2012, in Manchester, England.
Credit: Christopher Furlong
Share

CAMBRIDGE, Mass. — On Nov. 7, the Dalai Lama sent President Barack Obama a note of congratulations on his reelection. It was, in most respects, an unremarkable form letter. For careful observers of Tibetan politics, however, the last paragraph jumped out:

As you know, it is over a year since I handed over all my political authority to the elected Tibetan leadership ... I am very appreciative of your support for our Middle Way Approach, which I continue to believe is the best way for us to ensure a solution that is beneficial for both Tibetans and Chinese.

The Middle Way Approach has dominated international dialog over Tibet since 1979, when it was adopted by Central Tibetan Administration (CTA) — Tibet’s government-in-exile, of which the Dalai Lama was then head of state. Now His Holiness’ letter to Obama reaffirmed the Middle Way Approach amid growing frustration with it from Tibetans in and outside of Tibet.

The Middle Way Approach seeks greater autonomy for Tibet within the People’s Republic of China rather than political independence. This is similar to the “one country, two systems” policy under which Hong Kong and Macau enjoy economic and political self-rule while still remaining part of China. In 1988 a referendum of exile Tibetans officially adopted the Middle Way Approach, and the CTA’s parliament approved it again in 1997.

While young, politically active Tibetans in exile overwhelmingly support and respect the Dalai Lama, many are also increasingly disillusioned with the Middle Way Approach and with the CTA in general. There are signs that disillusionment is also shared inside Tibet.

It is impossible to know what the majority of Tibetans inside Tibet itself think or feel. No Western journalists are currently in the country. Basic rights like freedom of speech, freedom of the press, and freedom of assembly are nonexistent. And these restrictions are enforced with lethal precision: disappearance, torture, and summary execution.

Still, the wave of self-immolations that has swept over the Tibetan plateau since February 2009 — there have been at least 95 so far — is nothing if not a bold statement of ordinary Tibetans’ political desires. Those who self-immolate often leave tape recordings, notes, or pamphlets explaining their motives, and they almost always raise slogans as their bodies are on fire.

The most common call for the return of the Dalai Lama, the preservation of the Tibetan language, and an end to restrictions on freedom of religion. However, many also call for Tibetan independence. In fact, of the 45 or so whose final statements have been reported, almost 30 have explicitly called for independence from China.

One example is Gudrup, a 43-year-old Tibetan poet and blogger who self-immolated on 4 October 2012. He wrote poignantly of his feelings about Tibetan independence a few months before his self-immolation:

[W]hen His Holiness opted for autonomy for Tibet through nonviolent struggle, the six million Tibetans accepted his wishes. However, the Chinese government has not supported his proposal. . . . Tibetans who refuse to denounce His Holiness the Dalai Lama or accept China’s rule in Tibet are secretly killed or made to disappear.

Since China is uninterested in the well being of the Tibetan people, we are sharpening our nonviolent movement. We are declaring the reality of Tibet by burning our own bodies to call for the freedom of Tibet.

Such statements are not uncommon in the final testaments of Tibetans who have set themselves on fire. Many are even more direct. As he was burning to death on Oct. 15, 2011, 19-year-old Norbu Damdrul shouted, “We need freedom and independence for Tibet.” A note left by 18-year-old Nangdrol before he self-immolated on Feb. 19, 2012, stated, simply, “May the Tibetan people be liberated from China’s evil rule.” And there are many more examples like these.

More from GlobalPost: 50 self-immolations later, what, if anything, has changed?

Many, many Tibetans around the world support the Middle Way Approach, to be sure, including some who have self-immolated. But the voices of those who seek independence from China rather than autonomy have largely been left out of the story. And not entirely by accident.

Accusations have circulated for years that top CTA officials censor Tibetan media outlets, activists, and organizations that express pro-independence views. This includes some prominent and well-funded Tibet support groups upon whom Western politicians and journalists rely for objective information about what is happening inside the country.

These accusations came to a head recently when long-time Tibet supporter Rep. Dana Rohrbacher (R-CA) charged top CTA officials with forcing the head of Radio Free Asia’s Tibet Section, Jigme Ngabo, to resign for allowing pro-independence activists onair. Thirty-seven of RFA’s forty Tibet Section staff have signed a letter of support for Ngabo, and several prominent Tibetan intellectuals spoke out against his removal, so far to no avail.

Of course the Dalai Lama is entitled to his own opinions, which inevitably carry more weight. Central Tibetan Administration officials are entitled to their own opinions, as well. But ordinary Tibetans inside and outside of Tibet are also entitled to have their divergent opinions heard and respected. This is especially true of the 95-some-odd Tibetans who have given up their lives in the most horrific way to make their demands known.

President Obama should listen to the Dalai Lama, but he should also listen to Gudrup.