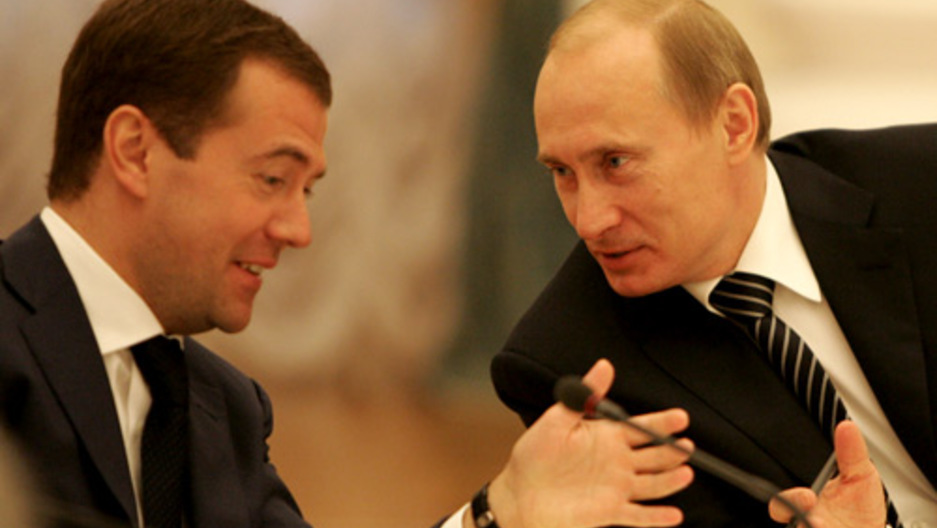 The global conversation on human rights has become a fight over children in Russia.

Earlier this month, Congress passed the Sergei Magnitsky Human Rights act — legislation that aims to hold Russian officials accountable in U.S. courts for human rights violations. But that law this month has produced a counterstrike in Russia. Russian President Vladimir Putin announced that he would sign the bill, which bans Americans from adopting Russian children.

In announcing his support for the measure, Putin also said he would call for reforms in Russia's problematic childcare system, which often leaves orphans without families for long lengths of time.

That's especially the case for children with physical or mental disabilities.

Alexander D'Jamoos was born in Penza, Russia, and grew up in an orphanage for children with disabilities.

At age 16, he was adopted by an American family and moved from Russia to Texas. Now, he works actively to help other Russian children with disabilities get adopted.

D'Jamoos says this bill makes him feel like he and others with similar stories are being turned into pieces on the political chess board.

"It really affects two audiences the most — children in Russia waiting to be adopted ... and its also insulting to the children and families who have been adopted and are living in the United States," he said. "The rhetoric behind the law assumes that children are being abused, that American families do adoptions for financial benefits, and its just insulting and completely illogical."

D'Jamoos, now a college student, last summer visited the orphanage where he lived. He said many of those children who age out of the orphanage then head directly to nursing homes, where they're likely to live out the rest of their lives.

His adoption story is unique. He came to the United States for surgery that would allow him to wear prosthetic legs, and the family he stayed with bonded with him so much that they adopted him.

"We had just enough time to finalize the adoption. The age limit is 16," he said.

The adoption would have never gone through if this law had been in place six years ago, when D'Jamoos was adopted.

"(Adoption) is the last chance. It's one chance to have a family, and it's being taken away," he said. "It's a fundamental right of any child to have a family, that the Russian government is just taking away."

David Smolin, director of the Center for Children, Law and Ethics at Samford University in Birmingham Ala., adopted two children from India. He says inter-country adoption is unpopular in Russia, which makes this form of retaliation popular and easy there.

"Some of that is our fault, some of that is there fault," he said. "The problems have involved us not doing the required post-placement reports. Us not having adequate follow-up services. So it's well-publicized there that there have been 19 Russian adoptees killed by their adoptive families here."

Another boy was simply put on a plane back to Russia when the adoptive family decided they didn't want him any more. That story and many others have generated headlines in Russia, but scarcely a blip in the United States.

"We ought to know about them," Smolin said. "It's part of a larger story where adoption from Russia is high-risk. And the fact that it's high-risk is Russia's fault."

Russia has had a horrible child-welfare system, he said. Children get substandard care in large institutions and come out "very damaged."

And that makes adopting them challenging for many American families.

So, while Smolin says he's absolutely against the ban, there are deeper problems here, and over there.

"The deeper problem is Russia has been victimizing its children for more than a decade," he said. "They've only just begun to fix it."