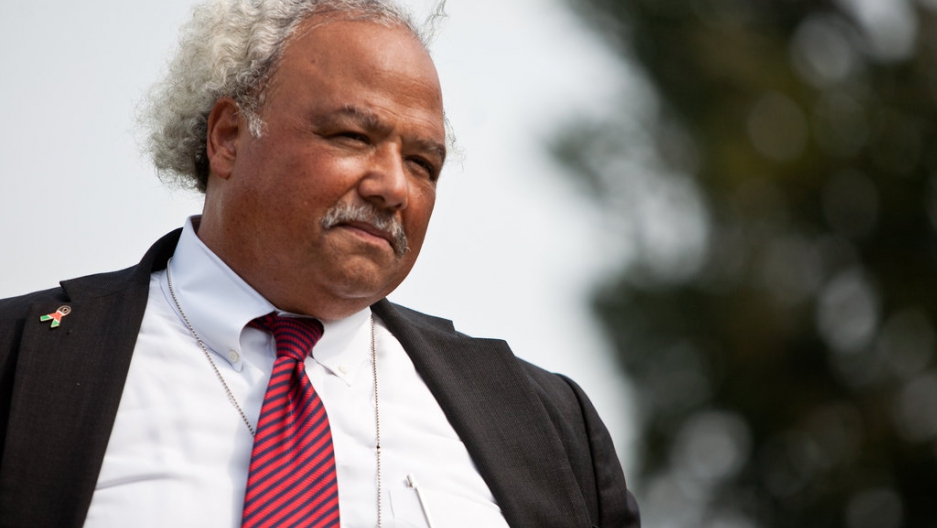 Ambassador Eric Goosby serves as the United States Global AIDS Coordinator, leading all US Government international HIV/AIDS efforts. He talked to GlobalPost about the new PEPFAR blueprint that his office released on December 1, why we are at a turning point in the fight against AIDS, and why it's important to keep the conversation going.

Q. How and why are we at a turning point in the fight against AIDS?

A: As the President and Secretary of State have both stated, we are at a tipping point in the global AIDS response. Globally, new HIV infections have declined by nearly 19 percent over the last decade, and AIDS-related mortality has decreased by 26 percent since its peak in 2005. More countries are moving toward and beyond the programmatic tipping point in their epidemics—the point at which the number of annual adult new HIV infections falls below the annual increase in adult patients on treatment. Although we still face enormous challenges, today, thanks to remarkable scientific discoveries and the combined efforts of countless partners, an AIDS-free generation is a goal within our reach. But it will take everyone doing their part to get there.

Q: Are there lessons that the United States can learn from Africa and PEPFAR's success? If so, what are some of these lessons?

A: Yes, there are many lessons that the United States can learn in its domestic response from PEPFAR’s success in Africa. Many of these lessons were already incorporated during the development of the National HIV/AIDS Strategy for the United States, which was launched in 2010. Some of these lessons include strategies for and approaches to: supporting multi-sectoral engagement in the AIDS response, improving patient treatment adherence, and engaging communities to strengthen systems for patient referral and retention. Similarly, there are many lessons drawn from the earliest days of the US domestic response that have informed PEPFAR’s efforts abroad.

Q: What were the biggest challenges in creating the new PEPFAR blueprint?

A: The blueprint was a substantial undertaking within a compressed timeframe. In July, the Secretary called for my office to deliver the blueprint to her by World AIDS Day (December 1) this year, so we had no time to waste. Although this presented some challenges, we were firmly committed to developing a comprehensive and forward-looking document, and bringing it in on time, which we did. As the Secretary said, she wanted “the next Congress, the next Secretary of State, and all of our partners at home and around the world to understand everything we’ve learned and to have a road map for how the United States will contribute to an AIDS-free generation.” So that’s what we delivered.

Q: Now that World AIDS Day has passed, what do you think is the best way to keep the conversation about HIV/AIDS going among civic society and keep raising awareness?

A: In our work, every day is World AIDS Day. We feel a continual sense of urgency to save as many lives as we can, as quickly as we can. Keeping this drumbeat alive is critical to our collective success, and civil society plays an absolutely vital role in this. As we have seen, whenever HIV/AIDS awareness tapers off and the conversations go quiet, HIV/AIDS tends to fill this vacuum, and new infections and deaths creep up once again. The best way to avoid complacency is to maintain this sense of urgency in everything that we do.

Q: When do you think we'll actually reach an AIDS-free generation?

A: For the first time in history, an AIDS-free generation is a goal within our reach. But we are certainly not there yet, and much more work remains to make this vision a reality. Based on the epidemiological trends that we are seeing, and the extraordinary opportunity before us to drive down new HIV infections and save more lives through smart investments and a shared global responsibility, we believe we can get there.