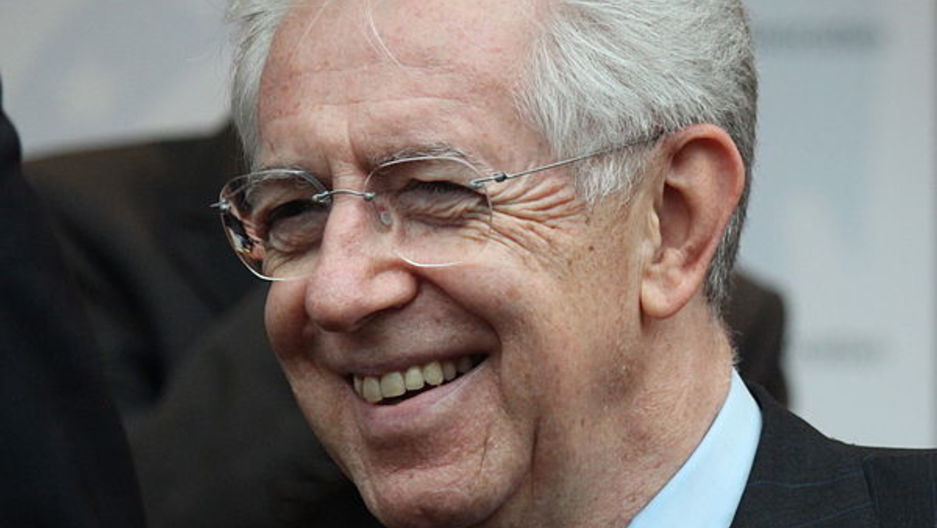 Though Prime Minister Mario Monti has resigned - some say he'll still have a role after the Feb. elections.(Photo courtesy of user Zinneke via Wikimedia Commons).

Former Prime Minister Silvio Berlusconi is running for office again after he was forced to resign last year amid a sex scandal.

Alan Johnston, reporter for the BBC, says when Berlusconi was still in office he was endlessly embroiled in scandal and the economy was a mess. Italy wanted something different and found it when technocrat Mario Monti became prime minister.

“Suddenly the nation was in the hands of a gray, sober, grandfatherly economics professor from Milan — Mario Monti,” he said.

“At some point he said, I really think that Italians should change,” he said. “Berlusconi’s Italy is different from Monti’s Italy and I do prefer Monti’s Italy.”

What made Monti’s Italy different, Severgnini says, is people paid taxes in a way that hadn’t been done in Italy. Before, he said, you could see the pride in not paying taxes.

And under the Monti government there was constant talk of reform, Johnston says, and a desire for change in the justice and pension systems.

Another change came with Monti appointing Anna Maria Tarantola as the new head of Italy’s broadcasting body. She said the way the media represents women in Italy is unacceptable and must be changed.

But Johnston said these reforms were often seen as not going far or fast enough. Realistically he says Monti could only begin a process of change. And his priority was always the economy while wrestling Italy back from the brink of a Greek-style disaster.

“Italy’s problems: corruption, organized crime, stifling bureaucracy are many and vast. There’s a limit to how much can be achieved in just a year,” he said. “But the price at home came at the price of spending cuts and tax rises. And many Italians are yet to see the benefits of their sacrifices.”

Deborah Bergamini, part of Berlusconi’s party, says Monti promised growth with austerity. And after a year, she says, Italy is in a deep recession with zero growth.

But despite criticism, the polls in Rome and across Italy show more than 40 percent of Italians approve of Monti’s work, Johnston said.

“And although his government dissolved there’s much speculation he’ll still have a role after the elections. So the mild mannered Mr. Monti may continue to bring his influence to bear on Italy for years to come,” he said.