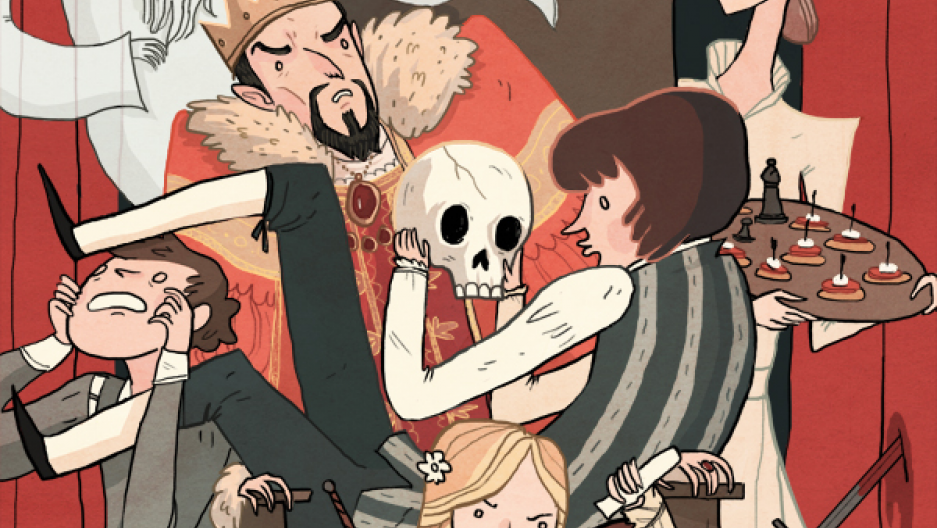 The prototype cover of "To Be or Not to Be: That is the Adventure." The book's Kickstarter campaign is the most successful publishing campaign to date. (Photo courtesy of Noelle Stevenson via Kickstarter.)

A choosable-path adventure book based off of Shakespeare's Hamlet had the original goal of raising $20,000.

Whereas many campaigns toil for weeks or even months to hit their goal, To Be or Not to Be: That is the Adventure hit its goal in a few hours. But rather than stopping, the book continued to raise more than $581,000 from more than 15,000 backers.

The book tells readers what's going on in the story and leaves them to choose what happens next.

"What makes (the book) kind of cool is that you can play as Hamlet going through the story and there's little Yorick skulls marked on the choices that Shakespeare made," said Ryan North, web cartoonist and author. "But you can also play as Ophelia or Hamlet's dad King Hamlet. And if you choose (King Hamlet) you die on the first page and play as a ghost for the rest of the story."

By giving readers the ability to see the choices Shakespeare made, it allows them to use the book like a reading guide written in modern English. And makes a character’s motivations clearer, North said.

"I find that when you're playing and making the choices yourself, it becomes a bit more obvious about why you're making those choices because you're the person deciding," he said.

With the ability to change a scene with a series of choices, the book allows for new scenes to be added or to consider scenes typically not seen in a stage performance, North said.

"There's a scene in Hamlet where Hamlet gets back to Denmark and he's like 'oh hey everyone I'm back, by the way pirates captured me, but it's no big deal.' And it's really weird that you skip over this," he said. "I mean Shakespeare is writing for the stage and it's hard to stage a pirate attack scene, but I have that entirely in the book.”

One month ago, North launched his Kickstarter campaign, never expecting to raise so much support.

"It turns out there was a big demand for non-linear narrative chooseable-path version of Shakespeare," he said.

In an effort to keep the momentum of his campaign going, North gave out prizes for certain amounts of money pledged ranging from posters and paintings to a conversation with him on the phone. The book will include pictures from a long list of artists and illustrators and is still available for pre-order.