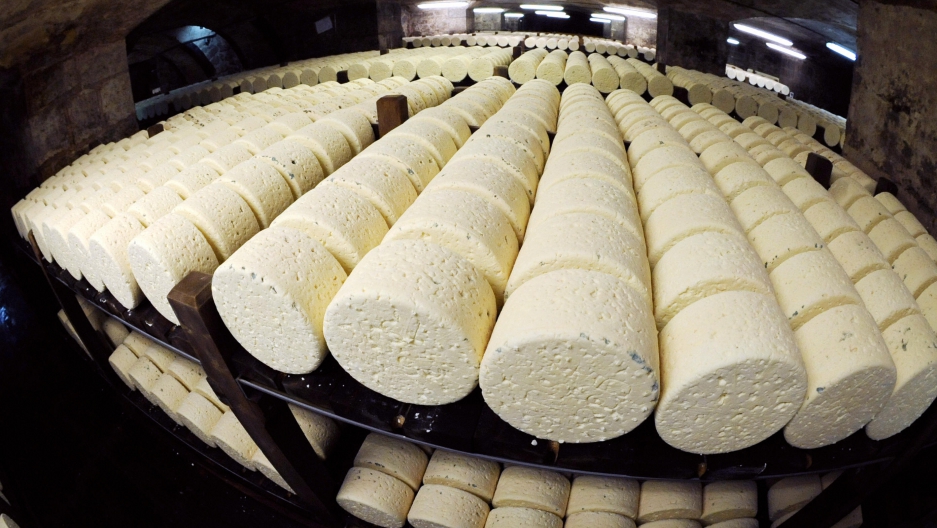 A new study has linked blue cheese to better heart health leading to speculation that it may have led to French longevity.
Credit: Remy Gabalda
Share

Blue cheeses like Roquefort and Bleu d'Auvergne are being credited with helping reduce cardiovascular disease in France.

A study by the UK-based biotech company Lycotec found that blue cheese may have anti-inflammatory properties that protect against many diseases.

The anti-inflammatory properties increased the longer the cheese was ripened, said the Globe and Mail.

AFP reported that the benefits of the cheese work best in the gut and just underneath the skin, which may help slow signs of aging.

The researchers said that blue cheese may be one factor in explaining the so-called "French paradox," long and healthy lifespans in France despite a high-fat diet.

"We hypothesize that cheese consumption, especially of moulded varieties, may contribute to the occurrence of the 'French paradox.' , the researchers said, according to the French Tribune.

"Moulded cheeses, including Roquefort, may be even more favourable to cardiovascular health."

France is considered to have one of the longest lifespans in Europe and one of the lowest rates of cardiovascular disease in the developed world.

The study was published in the journal Medical Hypothesis.