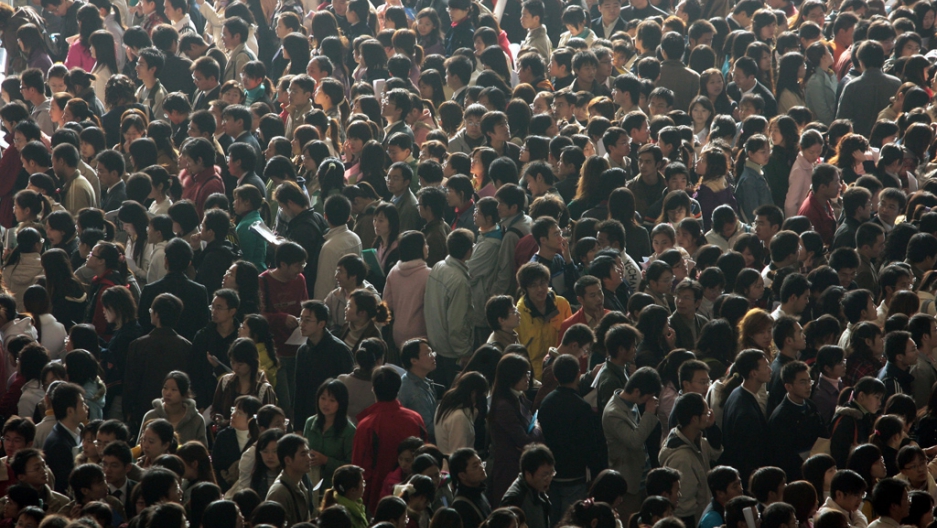 HONG KONG — Americans may complain about the quality of their schools, but for the most recent wave of Chinese immigrants, it’s the No. 1 draw.

According to the 2012 Annual Report of Chinese International Migration published this Monday, China is undergoing a mass migration of its citizens overseas, with the United States being far and away the top destination. (Canada and Australia were second and third.) In 2011 alone, nearly 90,000 Chinese were granted US permanent residency.

“Affluent and educated elites are the main force in emigration,” the report said, calling this trend the third large-scale overseas migration in China’s modern history. More than 45 million Chinese were living abroad as of 2010 — the highest such figure in the world. In 2011, roughly 150,000 Chinese obtained permanent residence in other countries.

This exodus has particularly drawn on China’s richest and best educated. One in four Chinese who are worth more than $16 million have emigrated, and another 47 percent are considering emigrating, according to recent findings by the Hurun Report.

So why are they all leaving? Several factors are playing into the brain drain, including “political reform, infrastructure improvements, pollution, and education," according to the immigration study. But the single biggest motivation for 80 percent of emigrees: to find a better education for their children.

For Americans long inured to talk of a crisis in public education, this attraction to America’s schools may come as a bit of a surprise. For years, Americans have become accustomed to lagging behind the rest of the world in international tests of science, reading and math. In a recent study by Pearson and the Economist Intelligence Unit, the United States ranked 17th in test scores, literacy, and graduation rates, well behind Asian students in Hong Kong, Singapore and South Korea.

But while China also has pockets of academic strength — students in Shanghai stunned the world by ranking first on international exams last year — many parents see the education system as undesirable for their children. In public schools, the curriculum emphasizes rote learning, test-taking, and “patriotic education” courses that offer a sanitized, Communist Party-approved version of history.

Intensely competitive as a rule, Chinese schools are oriented toward one make-or-break college admission exam offered at the end of high school: the "gaokao." Held over two days, the gaokao lasts nine hours, and is so brutally competitive that students have been known to hook themselves up to IV drip bags full of amino acids to get an edge. And even that might not be enough for some: this year, over 9 million high-schoolers competed for fewer than 7 million university slots.

Those hoping to get into China’s very best schools — Peking University, Tsinghua University — face even steeper odds, with admission rates of less than half of 1 percent. That’s 12 times harder to get into than Harvard.

"It only goes to show that the Chinese educational system is in need of some profound introspection," said a user Guangdong in response to the report.

All but a tiny handful of China’s universities are still poorly regarded compared to international counterparts, where the gaokao means very little. As a result, 70 percent of Beijing students believe that going abroad for college will stand them better in life.

Students also face intractable residency requirements. This week, a 15-year-old girl attracted widespread support by publicly fighting the government’s decision to ban her from attending high school in Shanghai, because her parents were migrants from another province. The girl, Zhan Haite, has lived in Shanghai and attended school there since she was 4 years old.

More from GlobalPost: What's changing in China's labor force and why

“Although we have different family backgrounds and come from different regions, all children should have the same right to an education,” she said in a recent op-ed.

Little wonder, then, that many wealthy Chinese prefer to send their children to schools in America that may be comparatively less rigorous, but offer more flexibility for their children.

This year, longtime Chinese resident Mark Kitto wrote a farewell letter to China explaining that the “one overriding reason” he had to leave the country was that he “want[ed] to give my children a decent education.”

“The domestic Chinese lower education system does not educate. It is a test center,” he said. “And then there is the propaganda.”

Still, the flow of immigrants from China to the US flows both ways. Many students and entrepreneurs continue to move to China, attracted by the language, culture and economic prospects. As a result, at the end of 2010, the study found, China’s resident population of expatriates reached over 1 million.

But until certain legal and educational deficiencies are addressed, China’s rich may continue to seek to raise their families elsewhere. As Zheda Xuxiaogang, a PhD philosophy student in Zhejiang province, said in response to the report, “the lack of civil rights, economic optimism, public morality, and a government that is willing reform, is causing those elite who have the power to emigrate to vote with their feet.”