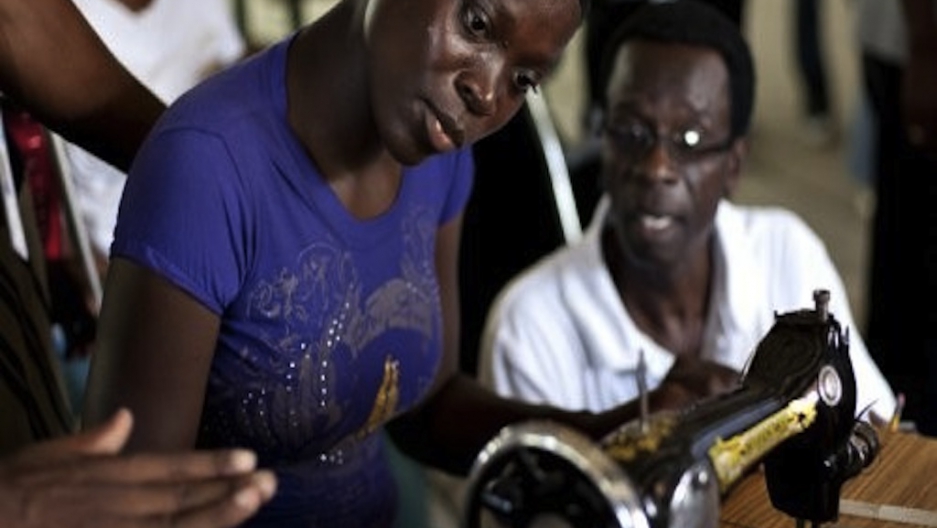 The Clinton Bush Haiti Fund announced it will cease operations and shut down at the end of the month, having spent the $54.4 million in donations it raised in aid after the 2010 earthquake that leveled Haiti. It will not be accepting new proposals or donations, said the Fund in a press release.

The Fund has been focused on in investing in small businesses and boosting the local economy in Haiti, particularly by partnering with niche NGOs that worked on microfinance and employee training in very specific fields such as fish farming, architecture and nursing.

Haiti, one of the world's poorest countries, has been repeatedly ravaged by disasters, both natural and political, and the Fund became a middle man of sorts between non-profits and aid groups already operating in Haiti, as well as Haitian enterprises that needed help, and matching them with the money donated after the earthquake.

"The Fund was never intended to be a long-term organization, it was always meant to be short-lived," said Meg Galloway Pearce, Vice President of Marketing and Communications for the Fund, to GlobalPost. "The idea was that Americans donated a huge amount of money and then it was our task to assign that money in the form of grants and loans and equity investments over the course of the past few years. And now the money has been all spent down."

A report delivered to President Obama yesterday by former Presidents Clinton and Bush detailing the Fund's work since 2010 announced that the Fund directly created or sustained 7,350 jobs and affected more than 311,000 people through its work in the struggling Caribbean country.

The report also outlined the short-term investment structure that made the project succeed where so many other aid projects in Haiti fail, and explained why the model has a significant return on investment for locals.

"The Fund sought to partner where possible with other organizations, leveraging funding from other donors and partners. It was often the first-mover in projects, taking on risk that others were unwilling or unable to take, and using its capital and brand to attract additional investors. This made possible large-scale projects worth $149 million, leveraging commitments nearly one to four," says the report.

But, the Fund also saw the importance of the concept of "teaching a man to fish," so to speak, as there was never an intention to stay in Haiti. Instead, the idea was the Fund would invest, train, and back away, leaving a handful of local industries better equipped to move forward without relying on foreign aid and bolstering entrepreneurship.

"It's really been our desire and hope that we set and example for other NGOs," said Pearce. "You get in – you want to be a catalyst, you want to help spur economic growth and the promotion of jobs – and then it's best for us to step back and really allow the Haitians to chart their own future."

Considering the amount of criticism and accusations of corruption when it comes to transparency of aid funds in Haiti, the Fund has been seemingly responsible and open with it's spending, and perhaps could show other organizations a thing or two about how to accomplish positive change and redevelopment.

One of the Fund's partners, Root Capital, a nonprofit social investment fund that has focused on coffee farming in Haiti, benefitted from a grant from the Fund.

Founder Willy Foote wrote a column in Forbes magazine this week praising the work of the Fund, and saying that Root Capital could not have operated in Haiti, were it not for the Fund's support.

For Root Capital Senior VP for Value Chain Relations and Communications Liam Brody, the Fund shutting down isn't the end of the world, although its impact on Root Capital's efforts, such as providing tools like loans and financial training to Haitian farmers, was significant. And even after the Fund closes its doors, said Brody to GlobalPost via email, Root Capital will be able to continue its long-term commitment to Haiti.

"The Fund has allowed us to make deep investments that can unlock the potential of our clients," said Brody. "Haiti is without a doubt the most demanding environment that we operate in across our entire global portfolio."

"[The Fund] was the catalyst for our work in Haiti, but we do not depend on the fund to keep operating there," he said, adding that it was the Fund that provided Root Capital the resources it needed to serve Haiti.

On Dec. 31, the Fund will shut down completely, ceasing formal operations, and leaving any remaining funds to be managed by the Multilateral Investment Fund, a division of the Inter-American Investment Bank, the Fund announced yesterday.

The Fund is not to be confused with the much larger Clinton Foundation, a non-profit that operates globally and which has existing partnerships with a number of organizations the Fund has also worked with in Haiti, such as Partners in Health and the Inter-American Development Bank.

However, Pearce says there has been little no overlap between the Fund and the Clinton Foundation, although they share at least one board member, Laura Graham, and have been involved in similar projects. They keep each other informed, said Pearce, but they do not share funds or staff.

More from GlobalPost: Infrastructure project in Haiti too good to be true

The Clinton Foundation has come under fire for mismanagement of money and donations in Haiti, such as donating moldy trailers that were to be used as classrooms, a mistake exposed by the Nation last year.

Many have also been wary of the Clinton Foundation focusing on building a luxury hotel to ramp up the tourist economy, while hundreds of thousands of Haitians still don't have homes or jobs.

While the Clinton Foundation made deals with multinational corporations like Marriott and Digicel Group for a forthcoming 174-room Marriott hotel, the Fund financed another hotel, the Royal Oasis, which is locally owned by Haitians. The Royal Oasis now also operates a hospitality school, financed by a grant from the Fund.

Criticism was also levied at the Clinton Foundation for its part in building a factory, a power plant, a port and a housing development at Caracol in northeast Haiti, where experts say construction and runoff will damage endangered species and coral. The controversial project opened in October.

For more of GlobalPost's continuing coverage of Haiti, keep reading the RIGHTS blog and check out our Special Report "Fault Line: Aid, Politics and Blame in Post-Quake Haiti."