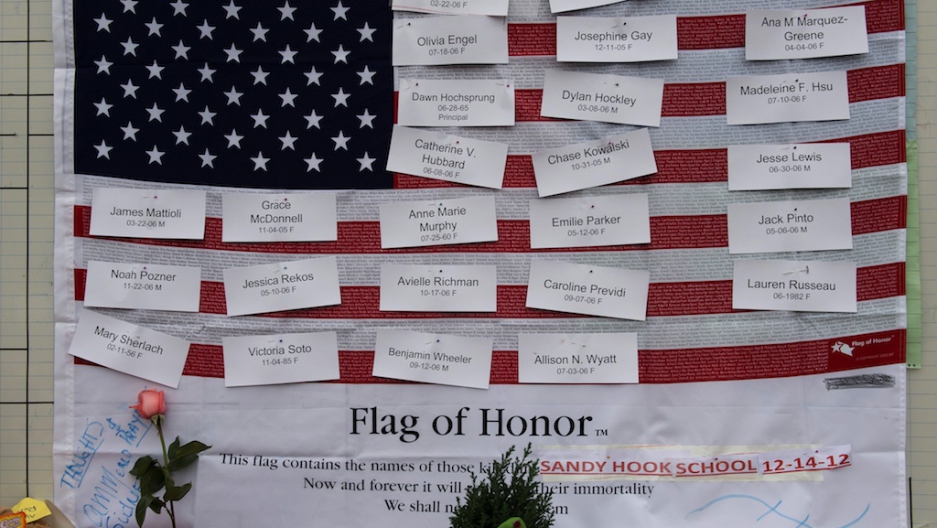 Names of victims are displayed on a flag in the business area December 16, 2012 in Newtown, Connecticut.
Credit: Don Emmert
Share

In the wake of the deadly shooting in Newtown, Connecticut last week, Toobin — a lawyer and legal analyst who also appears on CNN — argued that the rise of the NRA helped push forward the individual-rights theory, when in fact is not spelled out in the constitution.

For more than a hundred years, the answer was clear, even if the words of the amendment itself were not. The text of the amendment is divided into two clauses and is, as a whole, ungrammatical: “A well regulated militia being necessary to the security of a free state, the right of the people to keep and bear arms shall not be infringed.”

The courts had found that the first part, the “militia clause,” trumped the second part, the “bear arms” clause. In other words, according to the Supreme Court, and the lower courts as well, the amendment conferred on state militias a right to bear arms—but did not give individuals a right to own or carry a weapon.

The debate about gun control in America and the right to bear arms is fast reaching a fever pitch in the wake of the violent attack at Sandy Hook Elementary, which left 20 children and six adults dead, in addition to the gunman and his mother. Many see the Second Amendment as being at the core of the debate.

"It is irrelevant today," wrote Jeffrey Sachs, the author of "The Price of Civilization," in an op-ed on the Huffington Post. "Americans do not rely on state militias in 2012 for our freedom from the federal government."