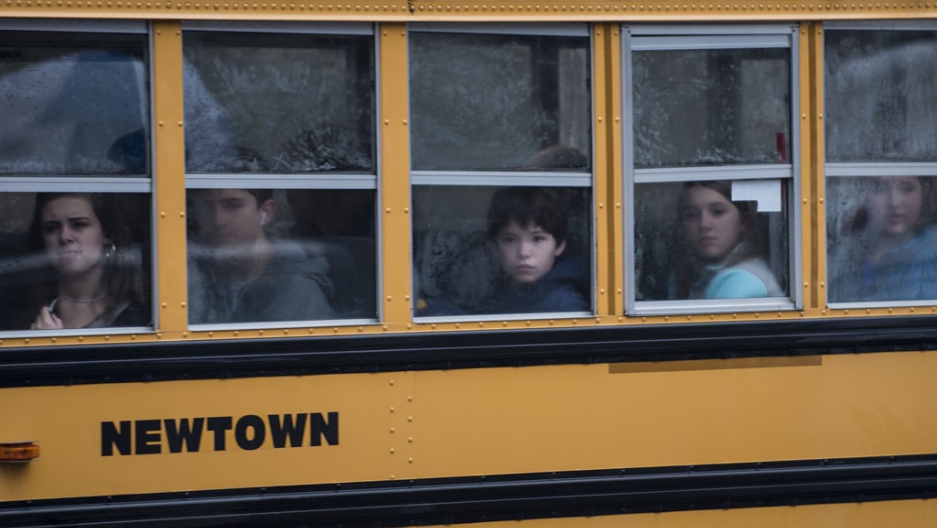 The school where the shooting took place, however, remains closed.

“We are ready to open our doors and give them everything they need to feel safe,” Reed Intermediate School teacher Julie Shull said.

“I could not be prouder to be a part of this amazing group of individuals that devote their lives to children.”

Sandy Hook is still a crime scene and might never reopen after the tragedy that befell 20 young pupils and six adults, Reuters reported.

Parents will be invited to visit that school with their children this week.

The Wall Street Journal reported that another school, Head O'Meadow Elementary School, was scheduled to reopen but remains closed due to a phone threat.

A spokeswoman for the district told the Wall Street Journal that students and teachers were told to remain home "out of an abundance of caution."

On Friday morning, 20-year-old Adam Lanza shot and killed his mother before taking her guns and car and guns to Sandy Hook.

He shot his way through the school before taking his own life.

Police officers and grief counselors have been on the scene in Newtown, where many students said they welcomed a return to normalcy — as much as that’s possible with the world’s media watching, the Associated Press reported.

“I think he wants to go back,” mother Suzy DeYoung said of her 15-year-old son.

“If he told me he wants to stay home, I’d let him stay home,” she told the AP. “I think going back to a routine is a good idea; at least that’s what I hear from professionals.”

On Tuesday, the funeral for 6-year-old James Mattioli was held. CBS News said there were also plans for the funeral of 6-year-old Jessica Rekos and several wakes, including one for 27-year-old teacher Victoria Soto.

As Newtown’s students and teachers search for answers, police continued searching for clues as to why Lanza went on his murderous rampage.

While reports began surfacing that Lanza might have lived with autism or Asperger’s syndrome, CNN said today that doctors never diagnosed him with either. Autism advocates also bristled at the insinuation that there is a connection between the disorder and violence.

Police instead focused their efforts on Lanza’s destroyed computer.

They are hoping to find evidence of emails or websites he visited before Friday’s shooting.

More from GlobalPost: Full coverage of the Sandy Hook shooting